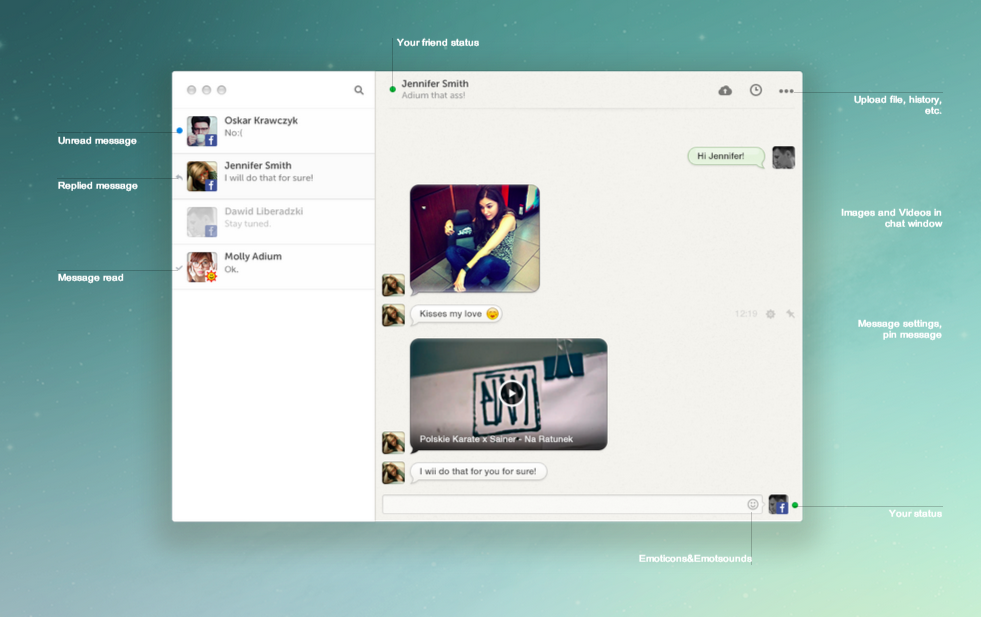 Chat applications have undergone a huge transition over the last decade. We’ve gone from AIM and MSN to Facebook Chat, Gtalk, and Skype. The one thing that hasn’t seemed to change all that much, excluding Facebook, is how these applications look and feel. When it comes to the Mac, we’ve got two options: Adium and Messages. One of them is hard to look at and the other is hard to use because it hardly works properly.

Dawid Liberadzki and Oskar Krawczyk got sick of how Adium looks and feels and decided to do something about it. From the sounds of it, they feel the same way that I do:

Messages, looks great but is just a ridiculous bug–fest. Hardly anything works as it should. The latter, works fantastic, but looks like it just DeLorean-time-jumped from the early 2000’s – with no disrespect to the Adium team, I have a lot of respect for them.

With that in mind, the team of two put together an awesome concept for Adium, and from the sounds of it, they’re looking to give away their designs to make it a reality.

Honestly, something has to happen. Messages needs a serious ass-kicking. My messages have rarely synced properly between my iOS devices and OS X. It’s frustrating.

Anyway, it’s worth clicking through to check out the concept.