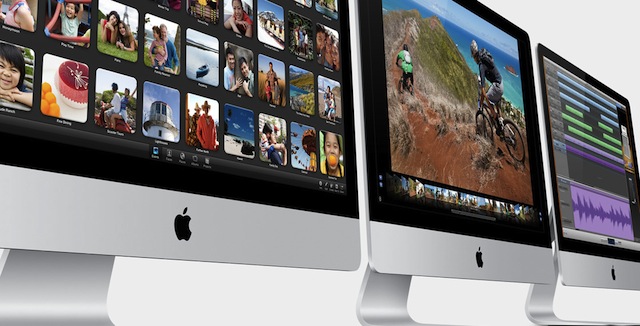 Apple fans in the United Kingdom may have to wait a bit longer to receive their brand new 21.5-inch iMac. The computer’s dispatching time has just increased to 2-3 weeks from a previous estimate of 7-10 days. As of now, this shipping time increase has only gone into effect in the UK and Asia Apple Stores. Here in the States, I’m still seeing 7-10 days as a shipping estimate, though this may change in the near future.

It’s strange to see such a high shipping estimate for the new iMac considering the computer was announced in October of 2012 and started shipping in late November 2012. New Apple devices are usually “in stock” after a month or two of being on the market and shipping times almost never increase after being significantly decreased.

The reason for such a high shipping estimate on Apple’s latest desktop is a mixture of both high demand and supply shortages. Apple admitted to these hardware shortages back in October during an earnings call. The company has partially blamed LG for these shortages as it can’t seem to laminate the display panels fast enough. Hopefully a solution to these shortages is found in the near future.