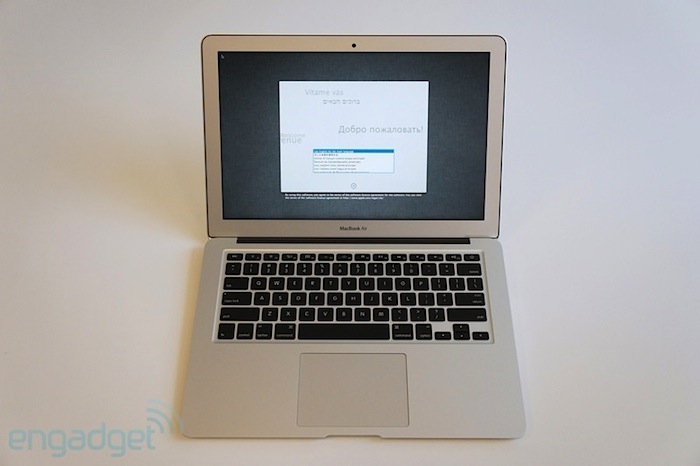 Apple’s new 2013 MacBook Air went on sale yesterday, so naturally benchmarks are already starting to hit the web. Engadget has spent a bit of time with the ultraportable and posted both benchmarks and photos to the web. And while the laptop’s design has stayed exactly the same, the specs have received a nice bump.

When running the Blackmagic Disk Speed Test on the 2013 MacBook Air, Engadget found that the laptop read data at speeds of 725.4 MB/s and wrote data at a quick 433.4 MB/s. For comparison, this is almost twice as fast as the SSD in the 2012 model of the 15-inch MacBook Pro with Retina Display.