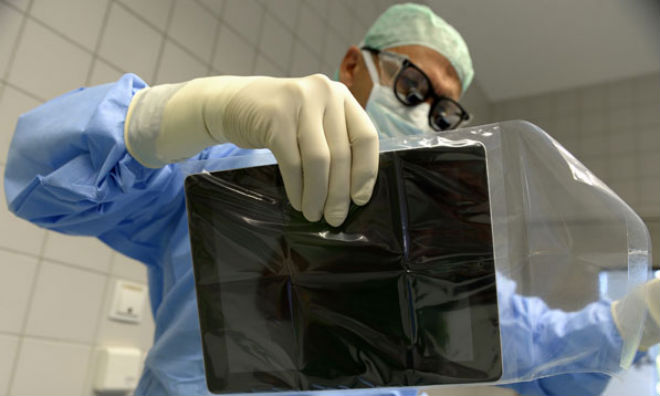 It can’t be true, can it? Can a hospital really lower its mortality rate by relying less on paper patient records and more on iPads?

The South Tees Hospitals NHS Foundation Trust managed to secure £1m in funding to overhaul the record system at  James Cook University Hospital with iPads and iPods. The results have been staggering.

The devices, used to recording vital information about patients from the bedside, are helping doctors actually save lives. The system, which relies on iOS devices “automatically creates physiological observations charts and national early warning scores (NEWS) for each patient.”

In her report, due to be discussed at a board of directors meeting tomorrow, Ms Hart said: “The key benefits of the system is the more rapid identification of deteriorating patients which in pilot sites has led to a reduction in hospital and critical care length of stay and a reduction in mortality – all of which are a huge benefit to both patients and clinicians.

The system has managed to both lower the hospitals mortality rate, and increase patient care. It may seem pricey, but once you factor in things like less time spent analyzing charts, and other reductions in costs (like, you know, less people dying), it’s pretty obvious that these programs should be rolled out universally.

Once you can make the claim that you’re directly saving lives, the upfront cost is a moot point.

I don’t know about you, but this kind of claim makes me plenty squeamish about heading to any hospital for care that doesn’t rely on iPads. God, I hate hospitals. When can we get our own personal robot doctors? Rosie, when will you be mine?