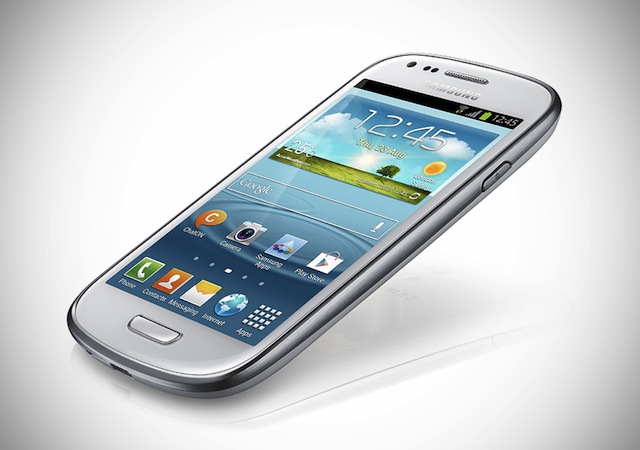 In more Apple versus Samsung news, Apple has agreed to drop patent claims against Samsung’s new phone with a high-end display after Samsung said it would not sell the phone in the U.S. Apple revealed the agreement on Friday in U.S. District Court in San Jose, California.

Last month Apple had asked for the Galaxy S III Mini and other Samsung products, including a number of tablet models, to be added to the long list of patent infringement claims against Samsung. In defence, Samsung said the Galaxy S III Mini was not available for sale in the United States and should therefore not be included in the case.

Apple won a $1.05 billion verdict against Samsung earlier this year, but hasn’t managed to secure a permanent sales ban on a number of older Samsung models. The patent filings against the Galaxy S III Mini are separate from those that already went to trial.

Samsung began selling the Mini in Europe in October to compete with Apple’s iPhone 5. Initially Apple argued that its lawyers were able to buy “multiple units” of the Mini from Amazon.com Inc.’s U.S. site and have them delivered to the U.S. Samsung countered that it is not “making, using, selling, offering to sell or importing the Galaxy S III Mini in the United States.” As a result, Apple agreed to drop patent claims against the Mini “so long as the current withdrawal will not prejudice Apple’s ability later to accuse the Galaxy S III Mini if the factual circumstances change.”