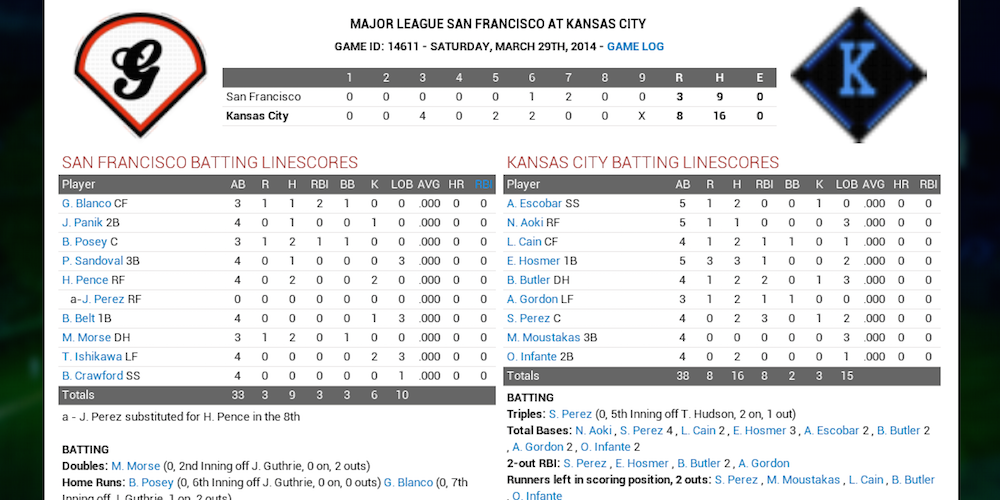 Out of the Park Developments (OOTP), makers of the popular baseball sim game Out of the Park Baseball, ran simulations of tonight’s deciding game of the 2014 World Series, and give the Kansas City Royals the edge over the San Francisco Giants:

“We decided to do 10 sims of Game 7 and set up both teams accordingly, using their Game 6 lineups, since they were again facing righties, and we made the Game 6 starters unavailable.

“While the Giants had a slight edge in hitting, the Royals outscored them by nearly a run, on average, and they won 7 of the 10 sims, so we had to again give the nod to Kansas City. Let’s give the World Series trophy to a small market team for once.”

As a fan of the Oakland A’s—the Giants’ local rivals—I’m OK with this. ;)

Worth Checking Out: Movie Quotes Mangled By iOS 8

Worth Reading: The Hauntingly Weird Poetry Of iOS 8 Predictive Text