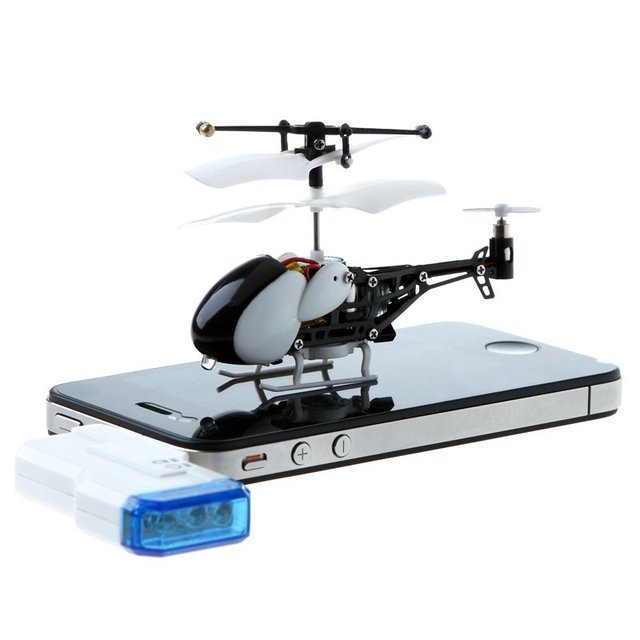 If your childhood dreams of being a helicopter pilot didn’t quite work out for you, you may want to pick up a tiny iOS controlled helicopter. This helicopter is controlled by an included iOS app and the chopper interacts with your iPhone, iPod touch, or iPad via its included IR receiver that plugs into your iOS device’s headphone jack. The app can move the helicopter in all directions and even has turn around, hover, and land functionality.

As far as the helicopter itself goes, it features double-decker propellers for a steady flight, has a built-in flashlight, and is built from a reportedly high-quality combination of alloys and plastics.

If you’d like to purchase one of these tiny helicopters for yourself, you’ll have to drop $35.