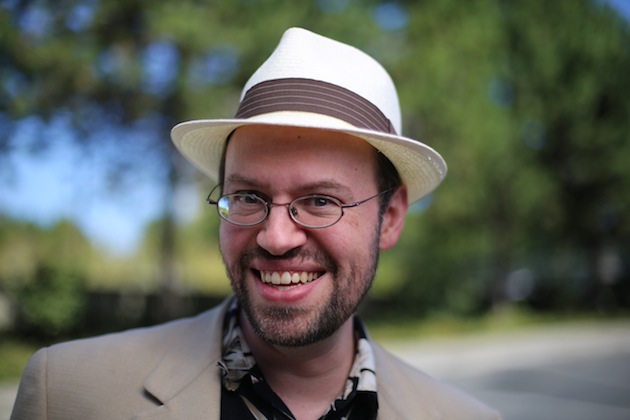 The OmniGroup is responsible for some of the best business applications on the Mac, and now iOS. If there was ever a group of individuals who understand Apple’s developer ecosystem and the need for price flexibility, it would Ken Case (CEO and Co-founder) and his team at OmniGroup.

Ken and his team managed to come up with a creative solution for offering upgrade pricing on the App Store, only to have to recant and go back to square one again after uncovering some more hurdles that makes it impossible to offer discounts for upgrades on the App Store.

What happened with OmniKeyMaster? Ken was kind enough to answer some of our questions in the QA below.

Q: So, upgrade pricing on the App Store. It sounded like you had a fantastic idea with OmniKeyMaster. What happened there?

As we started approaching the release of OmniFocus 2, we kept trying to think of ways to offer all our customers the same upgrade discount benefits, no matter how or where they’d purchased our apps–much as we’d previously done with retail boxes. What we finally came up with was OmniKeyMaster, which would give someone a license key from our own store if they’d purchased one of our apps from the Mac App Store. We announced that plan near the beginning of the year, and turned on our “OmniKeyMaster” at the end of August.

But the idea was short-lived. It turns out that so long as we sell an app through the Mac App Store, we are not allowed to distribute updates to App Store purchases through other channels. This itself isn’t news; it’s why we removed our apps’ built-in software update feature before publishing them to the App Store. But on September 4 (the day we turned off OmniKeyMaster), I gained a broader understanding of that rule: I had previously assumed that it only applied to that SKU, not to other editions of the app which were sold under different SKUs.

So, that brings us back to the initial state of affairs from my 2011 announcement: the App Store is still the most convenient way to purchase our software–but it doesn’t offer the same sort of pricing flexibility that we can offer our customers when they buy from us directly. Q: It seems like Apple refuses to address the idea of upgrade pricing, preferring a buy it once and get the updates for free model, or even a “buy each version” of an app model. Is that a problem? Do you foresee a problem, or are we still just transitioning to a new model?

A: My strong hope is that this is just a matter of priority, not of policy. In the world of consumable content which dominates Apple’s iTunes Store and App Store—music, videos, and games—upgrade discounts are largely irrelevant. When I buy a movie or play a game, I don’t expect to get a discount on any sequels: in fact, the sequel is actually more valuable to me because I was hooked by the original content. (This is why we see some TV series on the App Store make their first episode available for free, why iTunes will feature a free “song of the week,” and why so many games offer their initial content for free and only start charging for content once you’ve gotten hooked.)

But productivity tools like the apps we make are different: newer versions may be better than the originals, making them more valuable to new buyers–but people who bought the older tool look at the new tool and ask how much better it is than what they have. If it’s only a little better than their current version, than they’ll only want to pay a little money for it–not the full price all over again.

Q: Have you considered an in-app purchase at a discounted price for people who already have an application? Is that even possible? What are the hurdles there?

A: When selling new, isolated functionality, an In-App Purchase works great. (We look forward to selling Visio and Microsoft Project compatibility support as In-App Purchases on iOS, for example.) But when a major feature of the new app is a completely redesigned interface, or much faster performance, In-App Purchase makes for a very awkward user experience. We want new customers who purchase our app to see our latest and best interface and to get the best performance, not to be saddled with an old awkward interface or slow performance until they pay more!

Q: Do you have to reconsider using the App store as a delivery and sales platform for your apps? Is it in the best interest, honestly, of your customers to purchase your apps directly from The Omni Group?

A: I think it’s in the best interest of our customers to offer our apps through multiple channels, let each customer make their own decisions about which channel best meets their needs. When people visit our website, we let people know about both options.

Q: Enough of that. I have a real problem with GTD apps, and I find myself switching from app to app to app. What’s your best advice for someone like me who just can’t settle down and actually get things done?

A: You’re definitely not alone! It’s easy to feel like organizing our work is the same as doing it–when, really, those tasks in our task lists aren’t there to be groomed into some perfect category, they’re there to get checked off! The point is to find a tool that works for you–which could be as simple as pencil and paper–and then to use that tool to get things done.

By the way, I highly recommend the free videos from “The OmniFocus Setup” event that we held back in January–there’s a lot of great practical advice there from other people who struggle with these problems just like we do.

A: Goodness, you had to ask me that! Well, I really like calculators which let you see the full details of what you’ve entered and not just the result, so one of the favorite non-Omni apps from my home screen is Calca, a text editor which recognizes math and performs calculations as you type.

Q: Again, OmniGroup excluded, which apps can you no longer live with out?

A: I’ve been using Twitterific for years to interact with our customers. I use Navigon much less frequently than Twitterific, but it’s invaluable when I travel to places that don’t have reliable network coverage. And, last but certainly not least, most of the books I read these days are in the Kindle app.

(Oh, do Apple apps count? I’d also find it hard to live without Phone, Mail, or Safari. And I frequently ask Siri to set a timer for 5-10 minutes…)

Q: What’s your favorite, lesser known, website these days? Anything our readers should know about?

A: Sorry, I’m afraid I’m not a good source for lesser-known websites–I struggle to keep up with our own forums!

A: Oh, that’s tough: can I choose two? Whether I’m planning my upcoming week or actually trying to get stuff done, the new Forecast view really helps me understand what my time commitments are. But it’s also incredibly helpful to use the new Review mode to sweep through my projects and keep them relevant–without a regular review process, it’s too easy for my task list to become overloaded with out-of-date cruft which makes me avoid looking at any of it. So, in the short-term I think Forecast is more important–but over the long term it’s Review that really helps my lists stay useful.