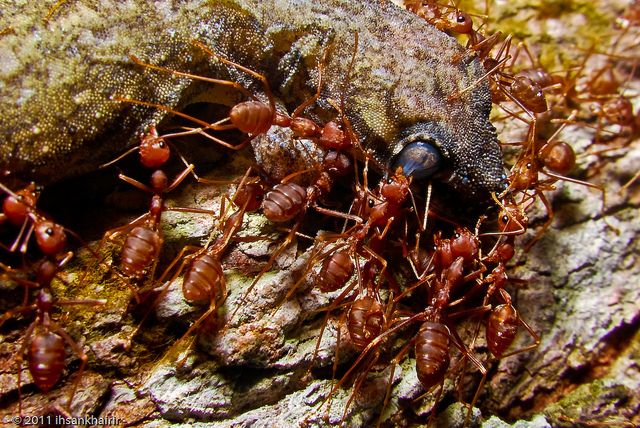 I swore that I wouldn’t write stuff like this. “No, Ian”, I said, “skewering the stupid is pointless. You only end up bitter and twisted by maintaining the necessary level of vitriol required.” But sometimes… you’ve just got to do something.

So that you don’t have to read it (no way am I giving it a link): Gewirtz starts with a piece of research called the Tiobe Programming Community Index, which measures the relative interest in programming languages through the number of references to each one online. There’s nothing wrong with what Tiobe is doing. It’s a nice, simple but (as I’m sure they’d admit) unscientific indicator for how much interest there is in a programming language.

If you take a look at the graph showing how the index changes over time, you can see that ratings go up and down over the short term. C, for example, had a little peak in the second half of 2012, but fell quite a bit around the turn of the year. You can see long term trends, like Java’s slowly-waning interest since its peak in the early 2000’s, but month by month variance is pretty random.

Enter Gewirtz and his anti-journalism. His first trick is to grab something and remove all of the context that Tiobe supplies. In this case, he takes the graph for Objective-C, stripping out all the other programming languages so you can’t see how Objective-C compares. Stripping out the context makes it impossible to see that every programming language has short-term variances, so, it makes the dip of Objective-C’s rating over the last quarter look much more radical. You don’t see, for example, that interest in C showed a much bigger drop over the previous quarter, then staged a little recovery. You don’t see that interest in C# fell off a cliff at the end of 2010, only to recover steadily since then.

Denuded of context, the graph for Objective-C makes less sense, gives you less information, and gives readers a distorted sense of the truth.

Then, of course, Gewirtz throws in some speculation: that this means developers “abandoning the sinking Apple mothership”. There is nothing about that headline that’s factual. There’s no evidence here that developers are abandoning Apple – dropping over a quarter isn’t unusual when you see it in context. In fact, if you look on an year-to-year basis, interest in Objective-C grew more than any other language. There’s no evidence that the “mothership” is “sinking”. Nothing. Just a headline that’s purpose-designed to stir up emotion – or “starting a conversation” as the bullshit-artists often call it.

Gewirtz may be a brilliant example of anti-journalism, but he’s really just a symptom of how low technology journalism has sunk, and how the average pageview-hungry “anti-journalist” treats readers with contempt.

Maybe this is in part down to “readers” no longer being a defined group who regularly read a publication, but simply a swarm of who-knows-what people arriving from Google. Maybe it’s because all the readers are, to anti-journalists, is a number on a screen which adds up to more ad impressions, and thus more cash in their back pockets.

What they see you as is a big nest of ants: they poke in a big stick and watch you all scurry around, outraged at their “opinions”, responding blindly to their ever-more outrageous manipulation of facts and context.

To these guys, you’re not people anymore: you’re insects they can manipulate at will, for cash. Personally, I think it’s time we all stopped letting them manipulate us – and started getting the kind of journalism real human beings deserve.