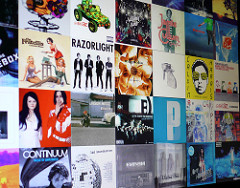 Ten million is a big number. So big, in fact, that Apple was only able to convert 8 million of 10 million songs before the announcment of DRM free music at Macworld today (Relax, the rest is coming). iTunes is the pink elephant in the room that is “legal” music downloads, and users have been crying foul that they were being locked in with their music.Â  Amazon and other companies have gone the no DRM route, and it was only a matter of time before Apple delivered.

There’s a caveat to the good news, but it’s far from a deal breaker.Â  Tiered payment options of music that’s six years or older, newer than six years, and non-DRM music: 0.69, 0. 99, and 1.49 respectively.Â Â  You’ll still be able to update your DRM’d music to non-DRM music using their upgrade tools in iTunes.

Before everyone goes getting their panties in a bunch, and before everyone starts calling out Apple’s price gouging, you should probably know that the price changes probably have a lot more to do with the record labels pushing for tiered downloads than it does Apple trying to gain an extra dollar.

AAC is still the file type of choice.