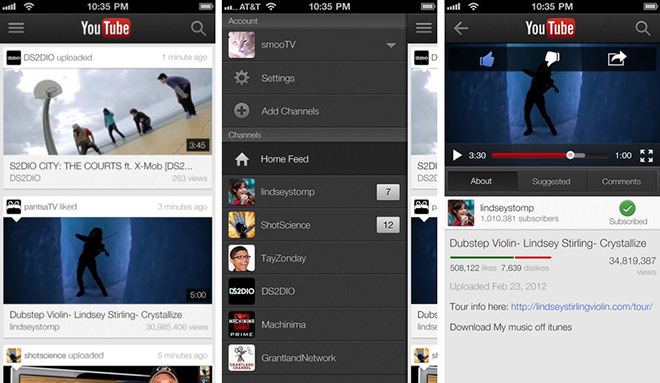 YouTube has released an updated version of their app for iOS and it’s sporting a fancy new “Send To TV” function. This allows you to watch your favorite YouTube videos on the big screen without cables, more apps, or an Apple TV and its Airplay function. If you have a “smart TV,” you just need to make sure that your TV is connected to the same Wi-Fi network as your phone to make the magic happen.

You can find out how to set it up with the help of the video above. Naturally it begins with instructions on how to use the app with the mystical creature that is the “Google TV.” But, this feature is also currently supported by most smart TVs manufacturers like Sony, LG, and Panasonic, with plans to have it supported by Samsung, Sharp, Toshiba, Vizio, and more later this year. If you don’t have a smart TV, but happen to have an Xbox or PS3, you can manually pair the device with your iPhone via a special code to get the videos to play on the bigger screen.

The Android version of the YouTube app has had this feature for quite some time now, but it seems like Google is finally trying to catch up to Apple in front of your TV. Now if Google TV’s were just made more readily available…..