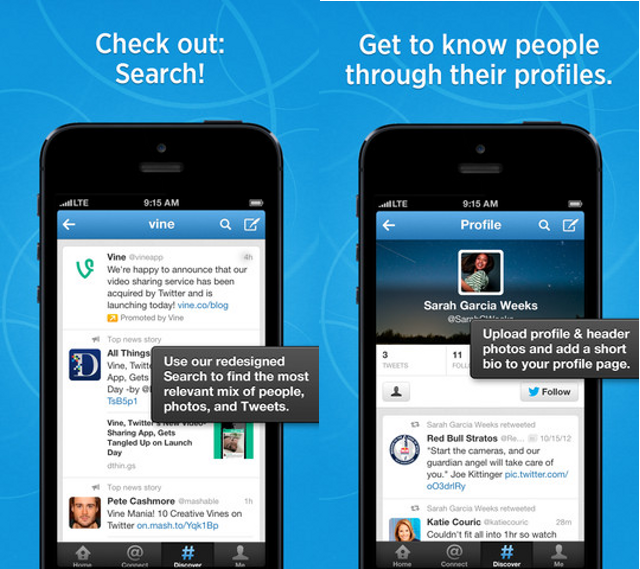 The Search tab was also given an update as it now saves your most recent five searches so you can refer back to them later. Twitter has also removed the need to head into the Interactions tab to start a search. Now, users can search from any menu in Twitter for iPhone as a small Search button has been added to the upper right-hand corner of the app. Twitter has also updated the algorithm used in Search, so you should get more relevant recommendations.

The Discover tab received an update as well. This update adds trends, people to follow and suggested tweets to the feature. Twitter also gave this portion of the app endless scrolling and pull-to-refresh so you can stay up to date with your latest recommendations.

Other minor changes to the application include the fact that URLs now open immediately when tapped on your timeline. Twitter has also promised that the app brings a ton of speed improvements that will help users of older iOS devices like the iPhone 3GS.