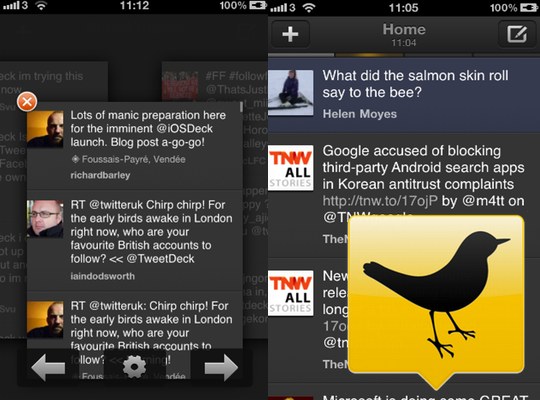 TweetDeck for iPhone, Android and Adobe AIR mobile platforms will be shut down on May 7th. Though this announcement was made in early March, we weren’t given a specific date outside of “early May” until today. This is the same day that TweetDeck is set to drop its Facebook assets. These announcements were made via TweetDeck’s blog. TweetDeck will continue to function for Mac, PC and web users after May 7th and will continue to receive updates.

TweetDeck was purchased by Twitter in 2011 for $40 million dollars. The app is favored by corporate tweeters because of its set of powerful filters and also due to its ability to schedule tweets and monitor and manage numerous accounts. TweetDeck also allows users to filter tweets extensively.