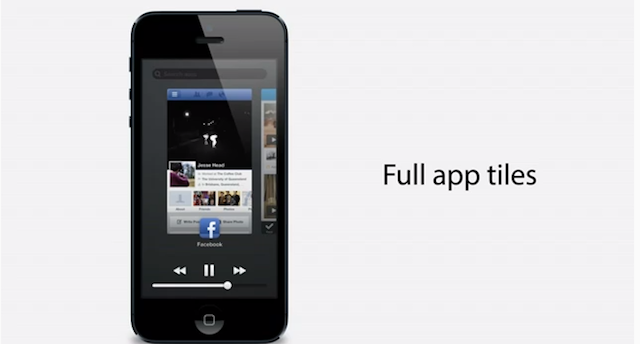 While I’m a huge fan of iOS’ design and functionality, most can agree that Apple’s multitasking features need a bit of a revamp. These changes may be coming soon with Jony Ive taking the leadership role for iOS design, but we have yet to see anything official. However, just a few days ago YouTube user Jesse Head posted quite an interesting and detailed iOS 7 multitasking concept that focuses in on functionality and ease of use.

After watching the concept video, you’ll likely notice that this concept features a strong Palm/HP WebOS influence. WebOS’ multitasking consisted of an array of ‘Cards’ that lets users easily and seamlessly switch between applications. This concept shows a strong resemblance to Cards due to the fact that it offers live previews of your apps and lets you pull down on a preview to kill an app’s processes.

Other than just offering multitasking improvements, this iOS 7 concept also shows off improved music controls and toggles for Bluetooth and Wi-Fi. Though Apple already offers music controls via the multitasking bar, they have yet to add toggles for connectivity options. Because of this, enabling and disabling connectivity features on the iPhone can be quite the hassle due to the fact that you have to switch into the Settings app every time you turn a connectivity feature on or off.