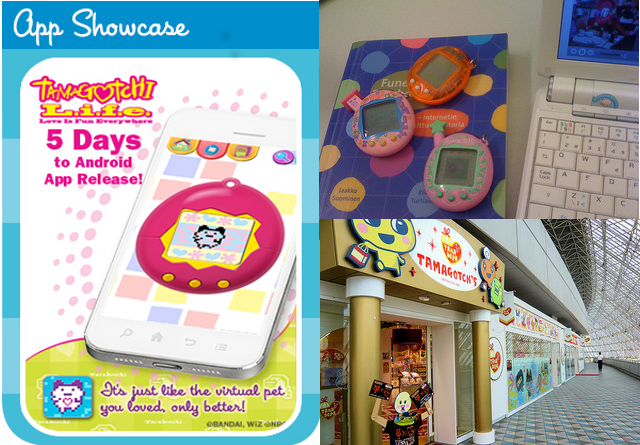 Tamagotchi, the popular keychain toy that was massively popular in the 90s and early 2000s, is now coming to iOS in app form. Bandai, the toy company that owns Tamagotchi, has announced via its company blog that the company will be releasing Tamagotchi L.i.f.e. or “Love Is Fun Everywhere,” to the App Store soon.

A Bandai spokesperson said the following when asked about the app:

“The original Tamagotchi was first released 16 years ago and took the world by storm. Everyone had a Tamagotchi and loved taking care of their digital pets. The new Tamagotchi app will feature the same gameplay you know and love with a number of exciting new features.”

If you’ve never used a Tamagotchi toy, the concept behind the game is pretty simple. You have to feed and interact with your virtual pet in order to keep it fed and happy. If you don’t, your pet will die. The original toy was released in 1996 and sold a whopping 78 million units. While I never had a Tamagotchi growing up (I was a Game Boy kid), I’m pretty excited to see this app hit the App Store as it will bring back some memories from the elementary school playground.

While this may be the first time we’ve seen an official Tamagotchi app in the App Store, we’ve seen many clones before it. Earlier this year, Portable Pixels released Hatchi. This game is similar and it offers functions close to that of the classic Tamagotchi handheld. Heck, it mostly features grayscale graphics. Hatchi is currently $0.99 in the App Store.