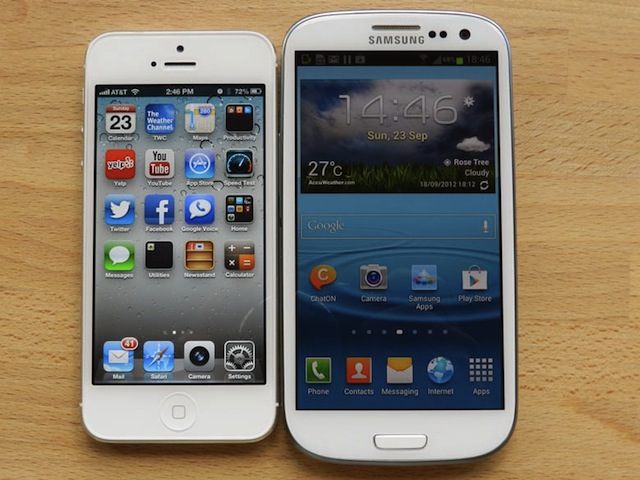 A mystery shopper survey was conducted in the U.K. recently and it discovered that Samsung’s Galaxy S III was the most recommended smartphone at eight of Britain’s leading electronics retailers. The survey, carried out by Informa Telecoms and Media, found that the Galaxy S III and Note II were recommended by British retailers to customers more often even though they’ve been on the market longer than Apple’s iPhone 5.

The retailers included in the survey were John Lewis, Everything Everywhere, O2, 3, Maplins, PC World, Carphone Warehouse and Phones 4U. The mystery shoppers scored manufacturers on whether they were advertised in the store window or in-store and then asked a sales assistant to recommend three smartphones or tablets.

Julian Jest from Informa said that “most surprising was the way that, despite an in-store advertising campaign and recent product launch, Apple was recommended at only two stores, 3, and Phones 4U, with both recommending the iPhone 5.”

Even though both Apple and Samsung were just as likely to be promoted with advertising in-store or in the shop window, sales assistants were more likely to recommend Samsung. Informa said it was “likely that sales assistants see the Samsung devices as a safe bet to earn greater commissions.”