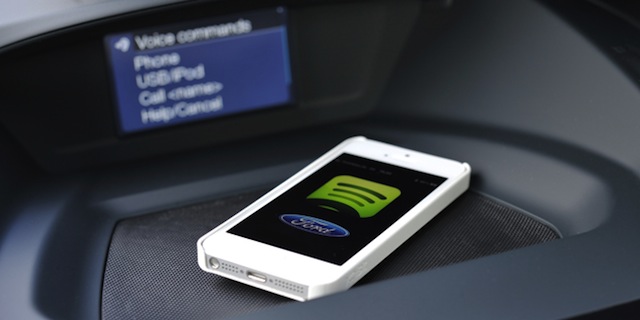 If you’re a Spotify Premium user and own a Ford vehicle with Microsoft’s SYNC system, you’ll be happy to learn that the Spotify app for iOS has a new update. The latest version of the app brings Ford’s AppLink capabilities to Spotify.

With the new update, Ford SYNC owners will be able to control Spotify right from the SYNC system in their vehicle. The AppLink integration also brings voice control to the Spotify app in SYNC-equipped Ford vehicles so you can focus on the road instead of the dashboard. Saying a simple voice command, like “Play playlist My Favorites,” will get your favourite music to play without having to lift a finger off the steering wheel.

Spotify isn’t the first music streaming service to integrate with Ford SYNC AppLink. Pandora and iHeartRadio for Auto are both already supported.

The update also brings the ability to listen to your friends’ top tracks.

To get started, just log into your Spotify Premium account and connect your device to SYNC AppLink. Before you do that, though, make sure to head over to the App Store to download the latest version of Spotify for iOS.