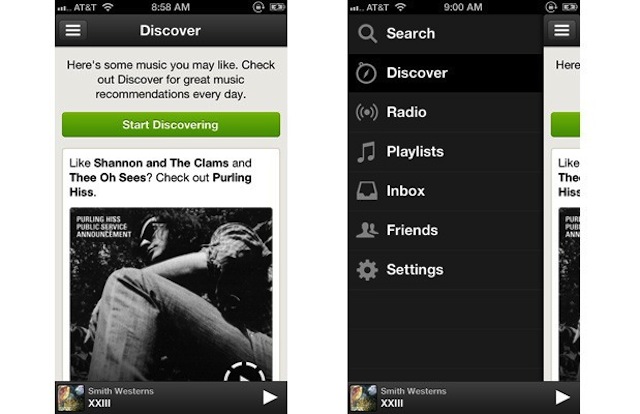 Spotify has pushed out a significant update for its iOS app, bringing plenty of new features, improvements and fixes. One of the more exciting features of the update is the brand new “Discover” feature that is currently rolling out to all users.

The Discover experience on your iPhone will solve the problem you have when you just can’t figure out what to listen to. The feature lets you discover new content based on your individual listening habits. This is definitely a much needed addition to Spotify for iPhone, especially with new competition from Apple’s iTunes Radio on the horizon with its built-in Genius feature.

The update also introduces a brand new logo and the ability to edit your playlists right on your iPhone. On top of that, there’s also a new Now Playing view, which features the “Up Next” queue on iPhone (also rolling out to everyone soon).

The new Spotify version also brings a bunch of improvements and fixes that make the app better than ever. Check out the full list over on the App Store, where you can also download Spotify for free.