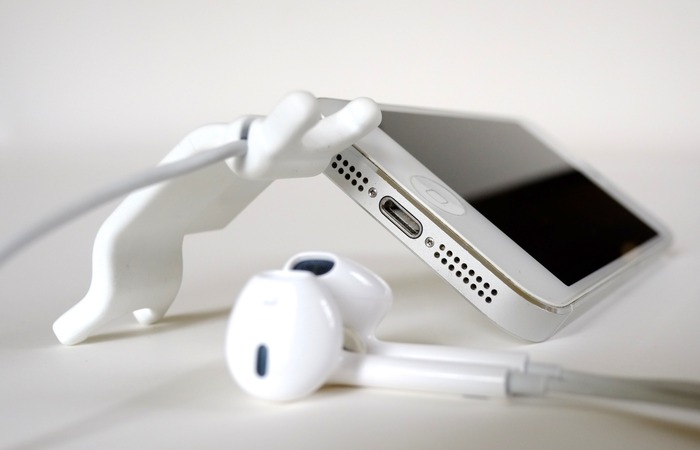 A brand new Kickstarter project has launched today that works to solve two iPhone related problems at once. The Smarter Stand for iPhone and iPod touch works as a kickstand while simultaneously keeping those pesky earbuds tangle-free.

The kickstand feature of the Smarter Stand, which comes only in classy white, props up your device while you’re following a recipe, reading, emailing, or doing video calls. It’s the first iPhone kickstand to use the earphone jack so you can use it with a case and without. You won’t need to worry about taking your case off every time you want to use it.

The most exciting part of the Smarter Stand is that it’ll keep your earbuds from getting all tangled up so you can avoid that battle altogether. Your earbuds will easily wrap around the kickstand so there’s no worry that they’ll get tangled while you’re using it because the earbuds get neatly tucked into it so there’s no chance of it unravelling.

Dotan Saguy is behind this Kickstarter project, and he previously made the Smarter Stand for iPad. Saguy is looking for $15,000 to get the project going, and already has $6,032. If the project gets funded, the first stands will start shipping in May.

If you’re interested in backing this project, you’ll have until April 12, which is when the funding ends. You can head over to the Kickstarter website to make your pledge now.