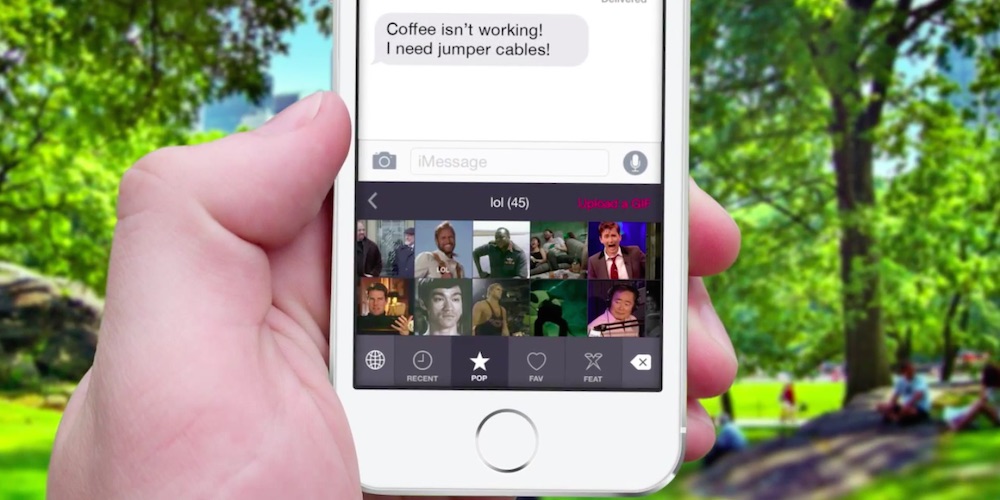 It seems that the animated GIF is the preferred method of communication for some (alongside cat memes, anyway). The folks behind the PopKey have something in the works for this crowd: an animated GIF keyboard for iOS 8.

The new keyboard will let you pick from thousands of animated GIFs in its collection that convey all sorts of feelings—from happiness to sadness t0 OMG WTF I don’t even. You’ll also be able to add your own GIFs to the keyboard if you like, and it will also allow you to you tag certain GIFs as favorites for quick retrieval.

PopKey’s GIF keyboard appears to use iOS 8’s new extensibility features, so you won’t be able to play with it just yet. Also, it’s unclear whether or not they keyboard will work in all iOS apps, or only certain ones: The screenshots on PopKey’s website only shows it being used in the Messages app. Also, it appears as though the keyboard doesn’t type GIFs. Instead, it looks like it uses iOS’s copy/paste functionality: Tap a GIF in the keyboard to copy it, then paste it into your app.

Still! A GIF keyboard! It’s an idea whose time has come. Maybe. PopKey hasn’t announced a release date, but you sign up for email notifications on the PopKey site.