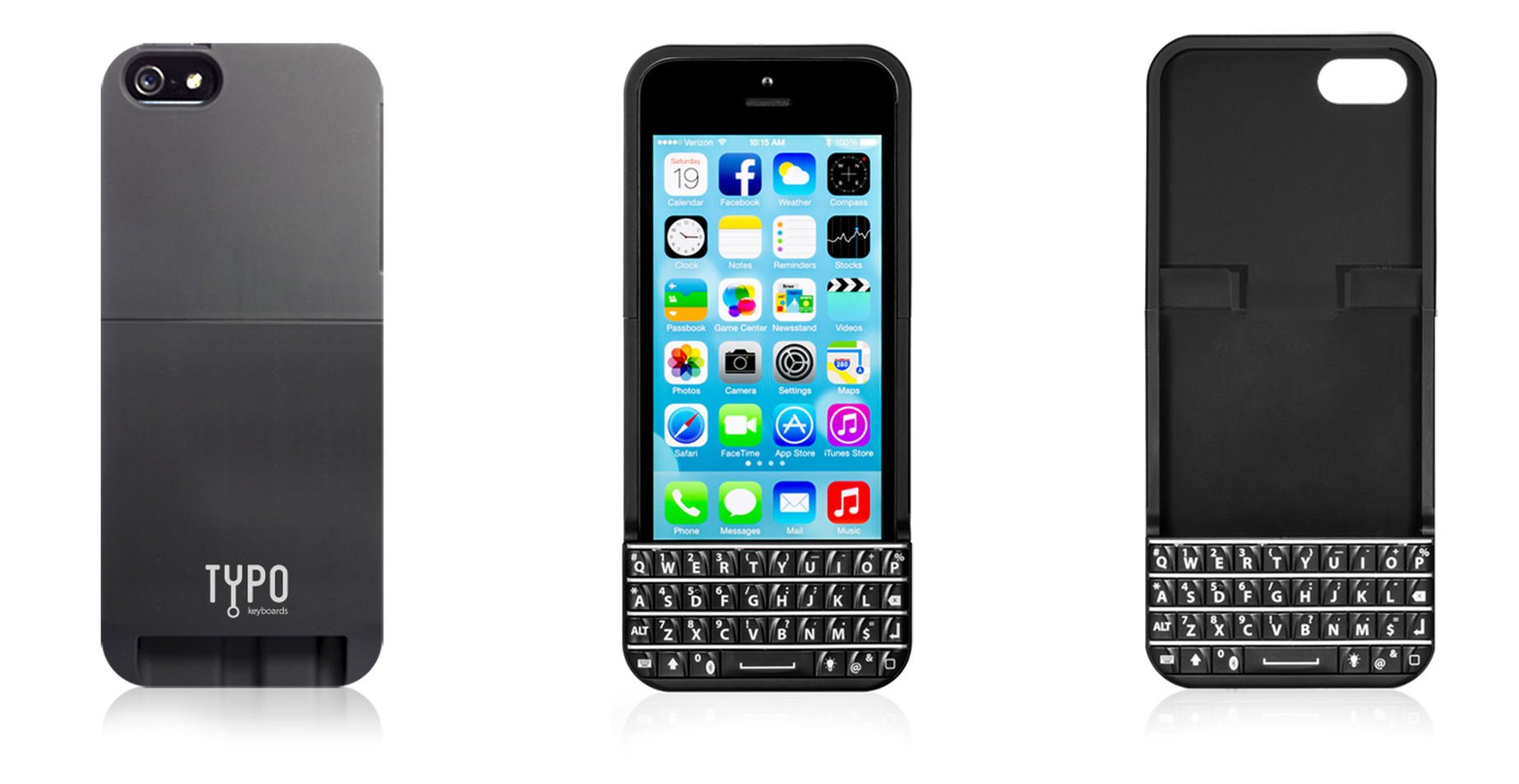 If you’ve ever felt the need for your iPhone to both look like a BlackBerry and have a physical keyboard, Ryan Seacrest, the American Idol Host, feels ya’ and has helped to create the Typo Keyboard, an iPhone case. This case features a two-piece design that slides onto your iPhone from the bottom and top.

On the front of the case, however, there is a small Bluetooth keyboard that covers the home button and bottom of the device. The keyboard looks to be of the similar size to any BlackBerry keyboard and also features a backlight. The keyboard features a tiny home button replacement, but it makes TouchID essentially useless.

The case will officially debut at CES 2014 next month and will ship sometime in January for $99. Basically, what we’re trying to say is that it’s a giant waste of cash.