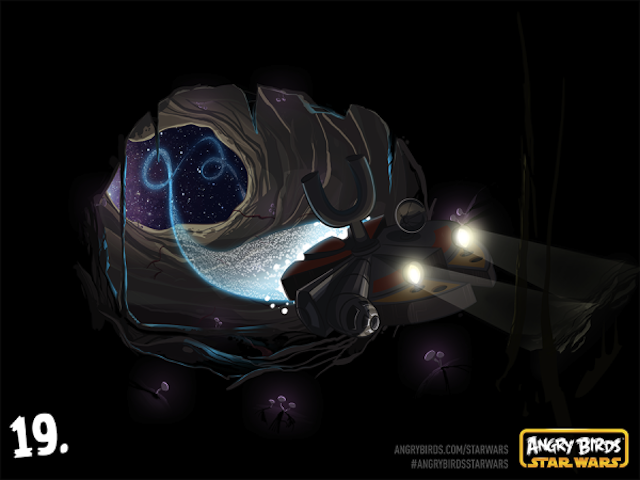 Rovio, the makers behind the hugely popular Angry Birds franchise, took to its Twitter account last night to tease the upcoming release of new levels for its Angry Birds Star Wars edition. Rovio posted a picture that shows the Millennium Falcon zooming down a dark tunnel. The tweet featured the hash tags #ComingSoon and #EscapeFromHoth.

Those who know Empire Strikes Back will recognize the scene right away. If you don’t know, the screen shot is the cave that Han, Leia, Chewy, and the droids escape to while trying to evade the Imperial Fleet at the beginning of the film. Though it’s not much to go on, it’s pretty clear Angry Birds Star Wars is about to get a follow-up update to last November’s Hoth update.

Rovio hasn’t given an exact release date yet. If you haven’t gotten around to playing Angry Birds Star Wars yet, you should definitely try it out so you can catch up before the new update rolls out.