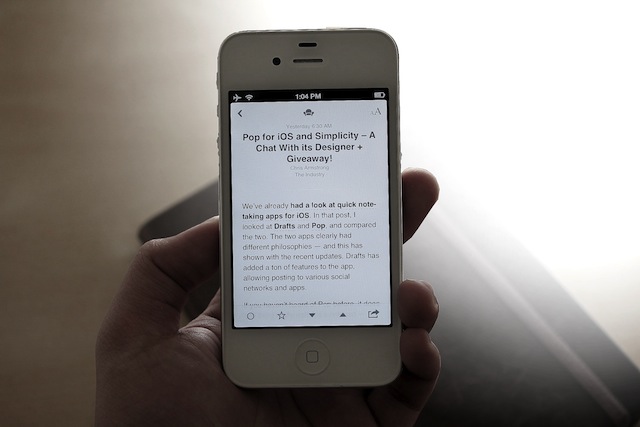 Unfortunately, there’s no support yet for smart streams with Feed Wrangler, which is one of its biggest advantages. Along with these added supports, the update also brings with it improved syncing with Feedbin.

As reported last week, Reeder developer Silvio Rizzo announced that the iPhone, iPad and Mac versions of Reeder will all be getting major updates. While the iPhone version received its update today, we’ll have to wait a little longer to continue using the Mac and iPad version. Now that Google Reader is gone, Rizzo has taken both the Mac and iPad versions off the Mac App Store and App Store until the updates are ready.

In the meantime, you can still use Reeder on your iPhone. The app is still a free download from the App Store.