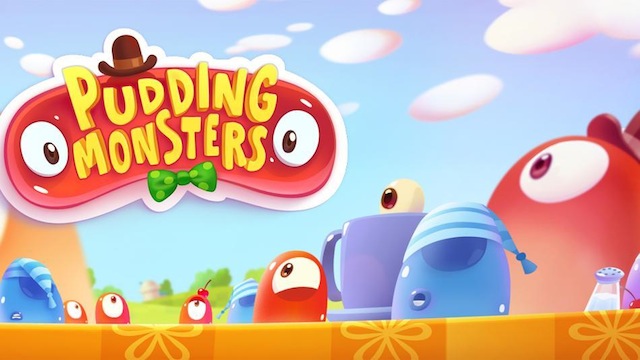 Pudding Monsters, the deliciously addictive puzzle game for iOS, has been updated. In this release, you’ll see brand new levels with the Sky High update as the Pudding Monsters are venturing outside for a whole new adventure.

The app, made by Zeptolab, the same creators of Cut the Rope, was first released last December and got its first update in February, which brought the Monsters to the city.

In this update, you’ll see the Pudding Monsters hitting the great outdoors as you help them climb mountains and reach for the sky in 25 new Sky View levels. The new levels introduce a brand new monster, Mr. Powerlifter Monster, and challenging new gameplay elements.

Pudding Monsters for the iPhone and iPad are usually priced at $1.99 each, but until May 22 you can get both versions of the game for free with Apple’s App of the Week promotion.