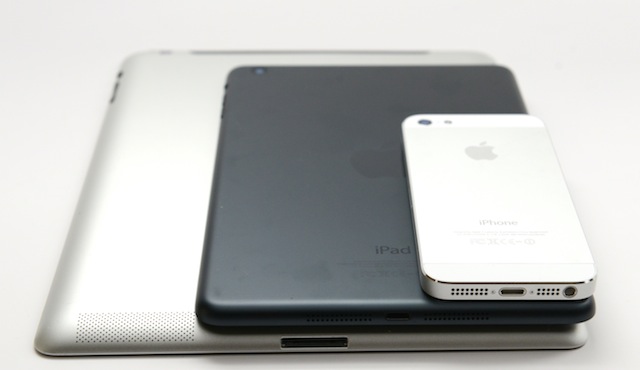 In January, analyst Ming-Chi Kuo outlined when he expected Apple would release the next cycle of products in 2013. Last month, rumor had it that the new iPhone would likely launch in the June/July period. Now Kuo has released a new report indicating that a number of production issues might delay the launches of the iPhone 5S, lower-cost iPhone, and Retina iPad mini.

Due to the reported production issues, Kuo thinks Apple’s third quarter might see smaller shipment growth than previously expected. Obviously Apple hasn’t confirmed anything at this point — neither delays nor actual launch plans — so these “delays” are relative to market expectations and not necessarily accurate of Apple’s plan.

In his report, Kuo doesn’t provide a new target date for the launches of new models, but he laid out three potential scenarios, including August/September, September/October, and October/November time frames.

He also detailed the issues that Apple is facing:

Fingerprint sensor for iPhone 5S: Trying to find the right color coatings to prevent interference with the sensor is proving to be a technical challenge for Apple. Software integration for iOS 7 also needs work.

Color coatings for lower-cost iPhone: Apple’s rumored lower-cost iPhone has been said to feature a plastic shell in a number of colors, and Apple’s efforts to keep the shell as thin as possible could prove challenging and likely lead to production ramping issues for coatings and surface treatments.

iPad mini with Retina display: Adding the Retina feature to the iPad mini could cause technical issues related to its design and manufacture, which will likely slow Apple’s release timetable.

With later-than-expected launches, Kuo believes Apple will only see single-digit growth for iPad and iPhone shipments year-over-year for the third quarter of 2013, which is much lower than current market expectations of 30-40% growth.