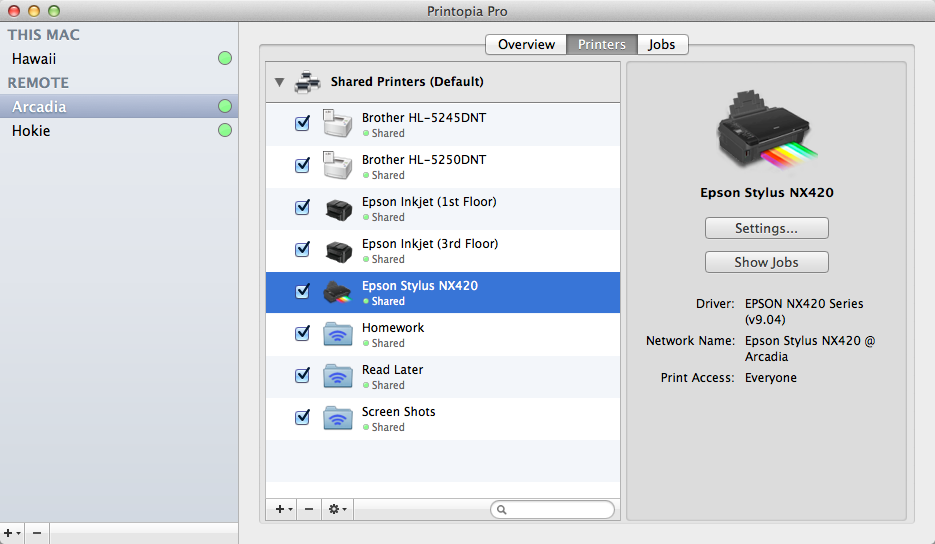 Buying a printer with AirPrint support is pretty easy when you’re setting up a home network for the first time. You have limited options, but you can quickly get a printer onto your network. It’s not so easy when you work in a large office that already has printers that are bigger, better, and way too expensive to replace with consumer level offerings. Ecamm has built Printopia to help convert normal printers into AirPrint-capable devices. Printopia Pro, much like its consumer counterpart, turns a Mac into a print server, but it also add quite a bit more functionality.

Printopia Pro unleashes “unicast” Bonjour, empowering it to operate across network segments without restriction. It requires no changes to the existing network topology. This greatly simplifies the task of enabling AirPrint across an organization, and frees administrators from having to modify the network architecture or purchase additional hardware to get AirPrint deployed. It also reduces the amount of multicast traffic over a wireless network, which can boost overall wireless throughput.

It’s been a couple of years since I’ve owned a printer, but the last time I did I ran Printopia. It makes printing from iOS a snap, and it’s worth every penny. I know a few Apple-only shops around town that will be plenty interested in the Pro offering.