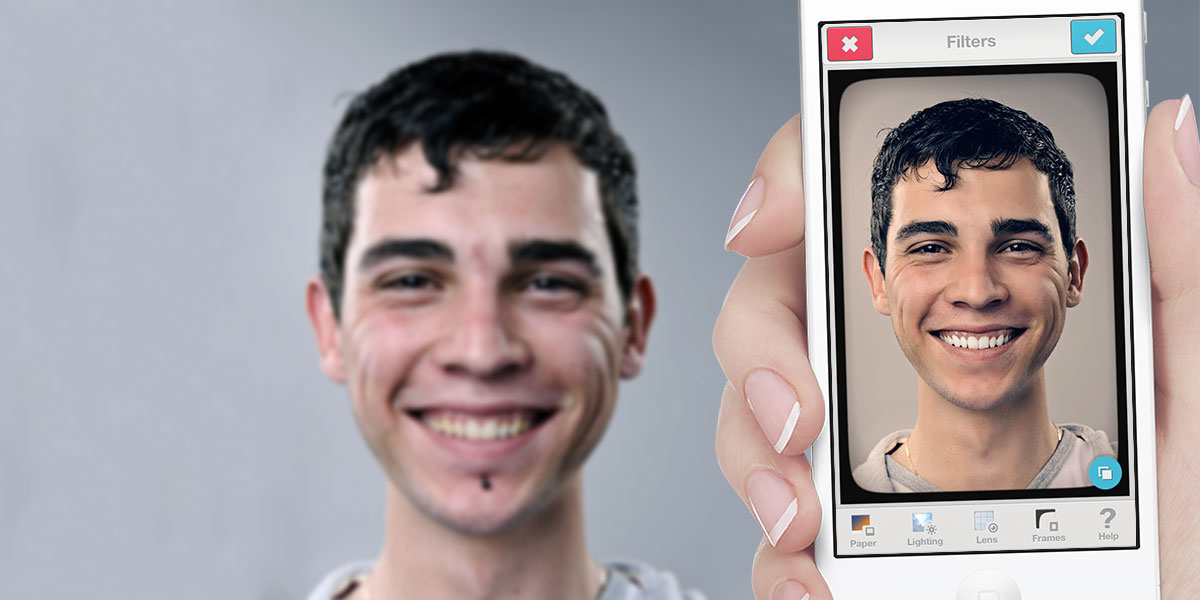 Nowadays magazines use fancy Photoshop techniques to touch-up celebrities’ faces before they hit the newsstand, and there are a few apps out there that help us do the same, or at least attempt to do so. But now we have Facetune, a new iOS app that helps you edit peoples’ faces in pictures like a pro.

At only $1.99 this app does a lot, including whitening teeth, smoothing wrinkles, touching up blemished skin, enhancing eyes, applying blush, removing dark under-eye circles, changing eye color, adding or removing hair, blurring background objects, and changing the shape of a face. Basically, you don’t even have to look like yourself anymore.

Facetune was released just last week by a small company called Lightricks and it’s already sitting at No. 1 in the paid photo and video app section of the U.S. App Store after it was featured by Apple.

You can get Facetune from the App Store now and make sure to check out the video above to see just how well this app works.