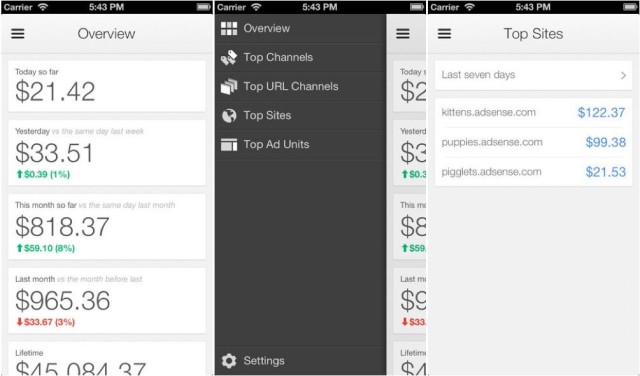 Today Google has released an official AdSense app for both iOS and Android devices, now letting users keep track of their AdSense account data and earnings while on the go.

The app is designed for the iPhone and iPod touch, but it’s also compatible with the iPad and can be downloaded from the App Store and the Google Play Store for free.