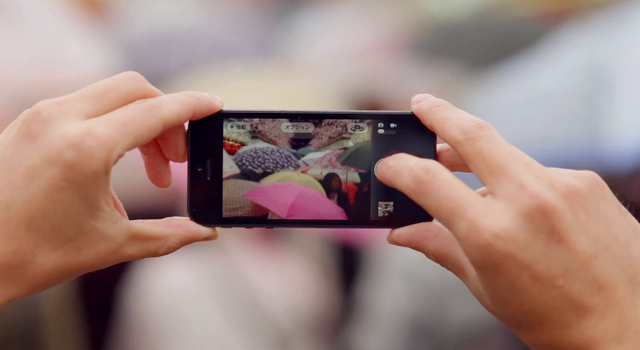 Apple released a new TV ad for the iPhone, this time showing off its camera capabilities and what makes using it so great. The ad does this with hardly having to say a word.

With music playing in the background, the ad follows people at different points throughout their day at a moment when they use their iPhone. It really shows off the portability and convenience of the iPhone camera, whether it’s pulling it out of your pocket to get a shot of the sunrise during your morning jog or when you see rainbow colors in a puddle.

The ad ends with the words, “Everyday more photos are taken with the iPhone than any other camera.” More and more the iPhone is becoming the camera of choice among users. According to Flickr, the iPhone 4S, 5, and 4 are ranked as the top three most popular cameras used to post photos to Flickr, ahead of the Canon EOS 5D Mark II and the Canon EOS 7D.

This is definitely one of Apple’s better ads. You can watch the it above.