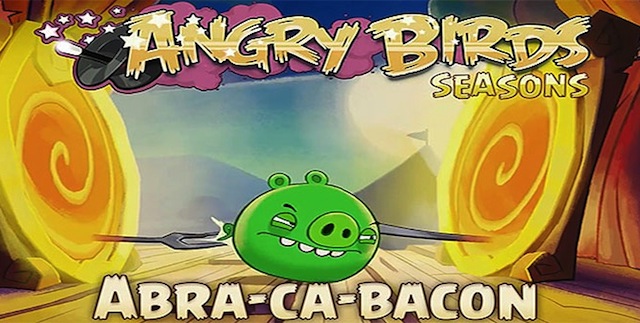 Rovio has finally released the much teased update for the Angry Birds Seasons app. The update brings 36 new “magical” levels where the bad piggies are making eggs disappear.

An exciting new feature in these levels is the new magic portals, which sucks the birds in one end and shoots them out the other. There are 36 new levels, plus six more unlockable stages.

The levels are carnival themed and the magic portals bring a whole new twist to the Angry Birds Seasons. There’s also a new power-up called AllakaBAM, which is a magic box that explodes when you hit it.

The addition of the portals was first teased by Rovio a few weeks ago with an interesting video that was posted on Twitter.

Rovio’s new carnival-themed season is now available in the App Store. It’s free for those who already bought the game or it can be downloaded for $0.99 for the iPhone or $2.99 on the iPad.