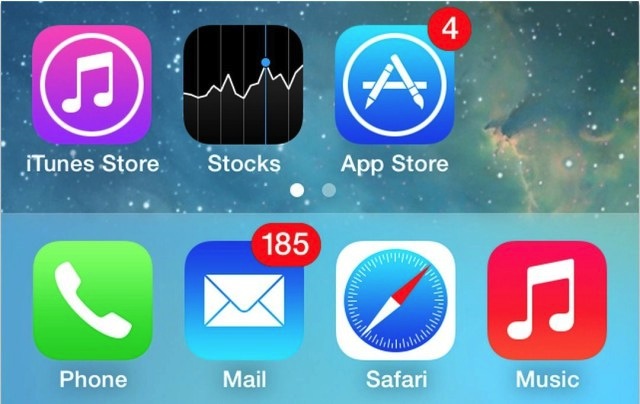 Betas are Apple’s way of getting all the little bugs and glitches out of the way before releasing new software to the public. Over the past few weeks, iOS 7 betas have revealed a number of these glitches, like the ability to put apps inside Newsstand. Unfortunately, Apple put the kibosh to that one with a patch in beta 3. Now a new glitch has been uncovered that works in iOS 7 beta 2 and 3 that lets you hide any iOS stock apps.

This particular glitch, like the nested folders hack, was discovered by VBarraquito, who filled everyone in on it through Twitter. A helpful video has been put together that walks you through exactly how the glitch works and shows you what steps you need to follow in order to to take advantage of it.

Once you’ve enabled it, you’ll only be able to find your stock apps through a Spotlight search, or you can bring them back by restarting your device.

It’s a nifty little maneuver, but, sadly, Apple will probably patch the glitch by the next version of iOS 7, or at the very least by the time it is officially released to the public.