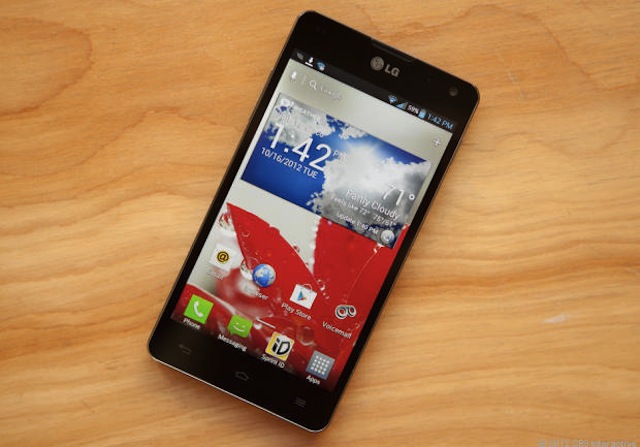 According to research firm Counterpoint Research, LG has nudged Apple out of second place in the U.S. handset market following December sales.

The research firm found that sales of LG smartphones during the Christmas month saw its share of all mobile devices in the U.S. rise to 13%, just barely ahead of Apple’s 12% share. Samsung remained in the lead with 33%, with Motorola at 9% and HTC at 8%.

“Optimus G and our other latest smartphones gained popularity in the North American market,” an LG spokesperson said of LG’s progress.

Counterpoint Research said LG lost the second place spot in the third quarter of 2011, following the launch of the iPhone 4S. It’s not clear which devices performed best in December to bring it back into second place, though market insiders attribute LG’s sales growth to the popularity of its latest Optimus G handset, selling over 1 million units across North America.

It’s worth noting that the U.S. handset market includes both smartphones and ordinary feature phones. Since Apple doesn’t compete in the feature phone arena, the report doesn’t actually mean that LG’s smartphones outsold Apple’s iPhone. Feature phones still account for about half of all phones in the country.