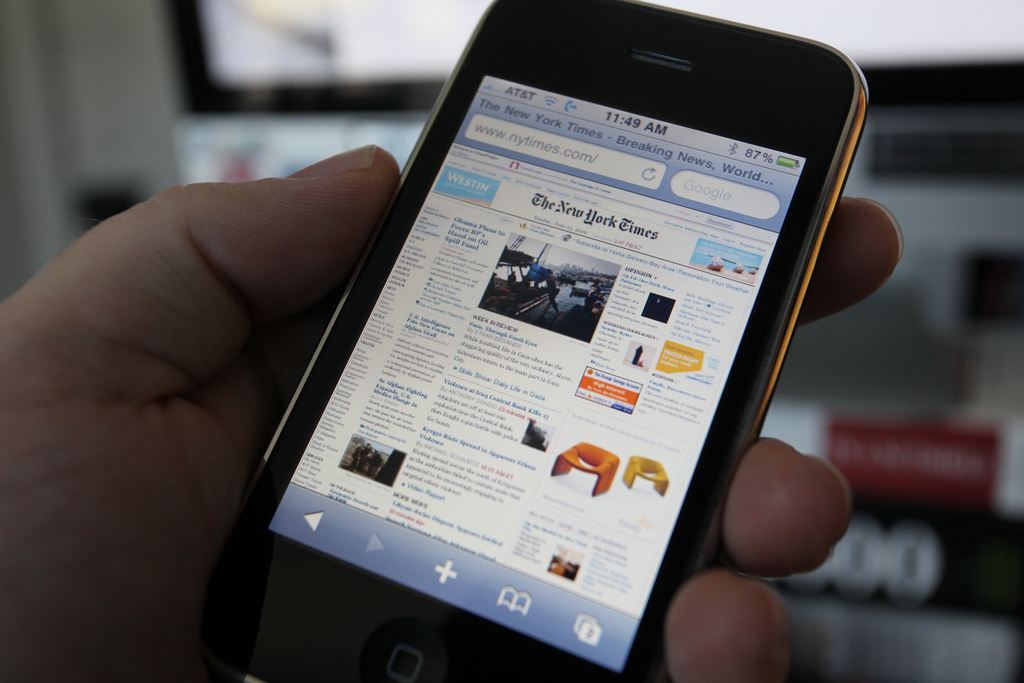 According to analytics firm Chitika, iPhones account for almost half of smartphone web traffic in the United Kingdom, transfering 48.9% of the data on the network, but down from 49.7% in January 2014.

Chitika believes that Apple’s dominance will continue in the UK, especially with new iPhones coming later this year.

With one or more new iPhone models on the horizon for this fall, it’s highly probable that Apple will retain its near-fifty percent usage share at year’s end. The launch of the previous models in 2013 were particularly well received in the UK, and there’s little reason to believe that the response will ebb substantially this time around.

Comparatively, Samsung holds 22.8% of smartphone web traffic in the country, up from 21.4% in January. Other gainers include Sony and Motorola who gained 0.6% and 0.4% in web traffic respectively, bringing Sony to 2.4% of web traffic and Motorola to a mere 0.9%.