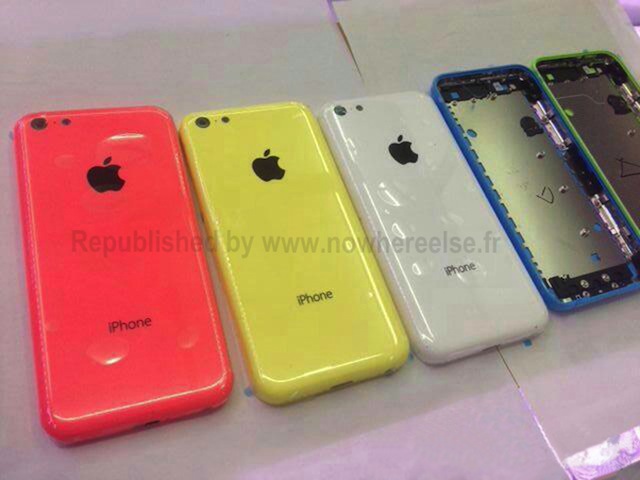 A few days ago, an image surfaced showing a couple of cases of what appeared to be the rumored cheaper iPhone, or “iPhone Lite.” Today, French website Nowhereelse.fr has posted new photos showing the front and and back sides of the alleged device showing an array of colors, including a couple that were cut out of the images a few days ago.

Like the previous images, the shell looks to be made of hard, shiny plastic with a metal substructure for holding internal components and EMI shielding. The parts inside the case seem to be covered by a protective plastic covering.

There’s nothing in the image to compare the size of the devices to, so it’s hard to say what the exact measurements are. If this is the supposed “iPhone Lite,” it looks like it will come in orange, yellow, white, blue and green colors at least. It was previously rumored that colors would include navy, gold, orange, white, and gray, so we’ll have to wait and see the final colors that Apple decides to release.