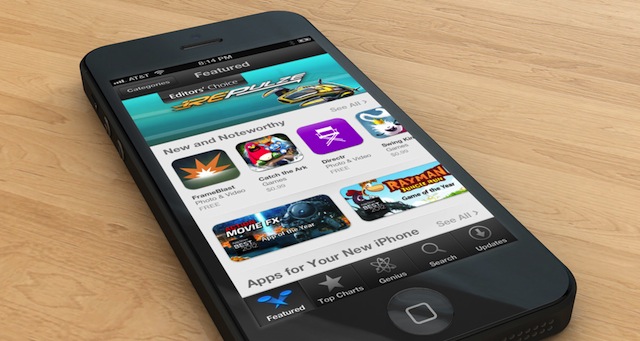 As always, Apple enthusiasts everywhere are anxious for the iPhone 5S, or iPhone 6, depending which blog you’re reading from, to launch this fall. As we all wait in anticipation, here’s the latest rumor to whet your appetite. According to Chinese site, Weiphone, the next-generation iPhone will still feature the same 4-inch display but with a few noticeable differences.

There are two differences that will reportedly be featured in the next-generation iPhone. The first is that while the device will still feature the same 4-inch screen, it will also have thinner bezels on the side à la iPad mini.

The second rumored addition to the next-generation iPhone is that Apple is planning to double the number of pixels that the screen will contain, going from 730,000 to 1.5 million.

Apple first introduced the Retina display with the iPhone 4 in 2010, which featured a 3.5-inch display with a resolution of 960 by 640 pixels, which doubled that of the handsets before it. During that time, the iPhone’s screen was one of the best out there, but competitors have since released devices that have outdone the iPhone. The HTC One has a 1080p-resolution 4.7 inch-screen, which is the same as a high-resolution television. That’s more than 2 million pixels.

Previous rumors have slated the next-generation iPhone as entering mass production this summer and officially launch in August or September. It’s still quite a ways away, but in the meantime we can see some new stuff from Apple at WWDC on June 10.