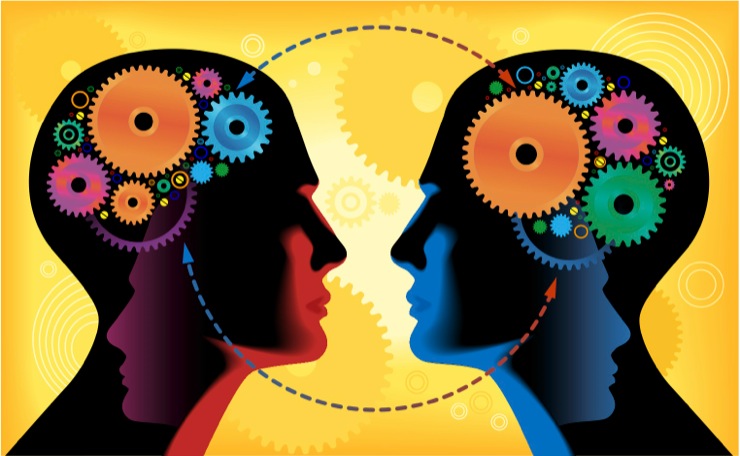 I took the plunge last week and installed iOS 7 on my iPhone 5. Despite all the very good advice to not mess around with a beta on your main phone, I decided to be an idiot anyway. After backing up my phone three times, I downloaded the beta and held my breath.

Surprisingly, I have had very few issues with the beta. Sure I’ve crashed a few times, and there are a few annoying bugs, but since I know what the word “beta” actually means, I’m not going to go on a rant about how Apple is doomed.

What I’m also not going to do is write a review of iOS 7. For that you can refer to Macgasm’s exclusive iOS 7 review. Alternatively, you can go bang your head against a wall.

What I thought might be more insightful, certainly more useful than posting beta bugs as news, would be to provide the perspective of a typical Apple user. This is 100 percent genuine feedback, a first impression if you will, from an iPhone user who doesn’t care about fanboi flame wars, open vs. closed, or the virtues of skeumorphism.

This is the unfiltered opinion of my wife.

Her first reaction was “whoa, what happened to your phone”. The lock screen jarred her, and I could tell she was a bit confused.

She definitely missed the “slide to unlock” text as I think the wallpaper I was using obscured it quite a bit. Once I pointed it out to her she said “slide what?”, which tells me that Apple might want to bring back at least a version of the more literal slider that existed before. I like the minimalism, and you really do get used to the new “slide to unlock” pretty quickly, but as a phone for the average user they may have stripped a bit too much out.

She loved the more colourful look, while Internet pundits might like greyscale and muted colours, I think the brighter palette will appeal to general users. Personally, I’d love to see Apple implement an option for a greyscale version of the OS, for accessibility reasons alone, but, like my wife, I actually like the new look.

The parallax effect was a big hit with my wife. This is one of those things that may not be a feature per se, but it is a wow factor that I think any modern smartphone needs. Many designers talk about how design should have a purpose, and perhaps this doesn’t beyond simply looking cool, but selling phones is a purpose too, otherwise no one would bother with making phones is different colours.

I do feel the parallax effect has one design purpose, and that’s to reinforce the concept of depth. As Rene Richie so perfectly put it in his comments on iOS, Apple didn’t actually kill skeumorphism, Ives simply created a new metaphor built for the digital world rather than borrowed from the physical one. In this metaphor, depth is key to determining position, importance and location.

She definitely felt the icon text was too small, she needs reading glasses so this didn’t surprise me. Perhaps an accessibility option for enlarging this text is a nice middle ground. She also found the Calendar icon text too hard to read.

My wife much preferred the new Notification Center and thought Control Center was a good idea, though she’s not the type to be fiddling with setting too often. There was a little confusion with the chevrons on the lock screen, which when combined with the more minimal “slide to unlock” caused confusion.

I showed her the new Spotlight functionality and she wasn’t really impressed, not that it was bad, but she doesn’t really search her device very much. It’s amazing how power users often assume that certain features are essential which then go virtually untouched outside those circles.

Going back to font size, my wife actually found the text in Messages more legible than before. I think the flat text bubbles helps the text stand out more. Messages is probably the app my wife uses the most, so it was interesting when she pointed out that there was now a camera icon. Of course there has always been a camera icon, but she didn’t notice it until iOS 7, so score one usability point there.

Generally she liked the look of the apps, Mail, Notes, Weather, etc., but she was disappointed that the new Calendar no longer marked a date where you have an appointment with a tiny dot. I hadn’t noticed it before, but it does make the calendar less glancable for determining when you might be free.

The new Photos app, with the way it groups photos by collections and moments, was a big hit. She also found the camera shutter to be faster. In my testing I’ve noticed a difference as well.

Overall, she liked the design, and I’m sure with a few days use, once it is officially released, she would get comfortable with the new changes.

My big takeaway was simply how little all the things “professional designers” care about really matter to an average user. Not one comment about icons, the grid or gradients. For average users these things just don’t register. I find it interesting how Samsung can release a phone with such glaring graphical inconsistencies and be met with silence, yet Apple has a pixel out of place and the world nearly ends. There are millions of intelligent professionals in fields other than computer science who can use a device every day and literally not care about all the shit geeks rage over. That is Apple’s audience and the reason they sell more smartphones than any other single vendor. While we argue about eyeball tracking and NFC, average users are living their lives and only using their phone when they have to, and not a moment more.

At the end of the day, most geeks are going to replace the default apps anyway, so really the true test is the reaction of average users.

Apple doesn’t sell iPhones by pleasing designers, they sell them by pleasing users, and with a few tweaks it seems to me like iOS 7 could be a big hit.