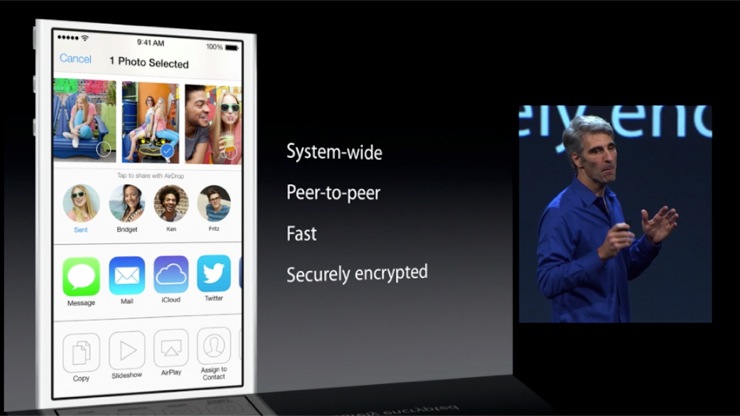 Aside from a completely new design, Apple has brought three new flagship features to iOS: Control Center, improved multitasking, and AirDrop. Control Center allows users to toggle many connectivity options without heading into Settings.app. You can also control your brightness, music, AirPlay, and AirDrop via Control Center. At the bottom of the window, you can launch the camera, flashlight, and calculator. You can summon Control Center by simply swiping from the bottom of your iOS device’s screen.

Multitasking has also been improved with iOS 7. When you double-tap your iOS device’s home button, you’ll now be brought to a window that shows a screen shot of your most recent window. You can then scroll through these windows and tap on one to hop into the app. The interface resembles that of HP’s webOS.

iOS has also been given AirDrop support. AirDrop allows iOS users to share photos, notes, and contacts via a peer-to-peer connection. Users can share via AirDrop when on the same Wi-Fi network or connected via Bluetooth. AirDrop will only be supported by the latest generation of iOS devices including the iPad 4th gen, iPad mini, iPhone 5, and the iPod Touch 5th generation.