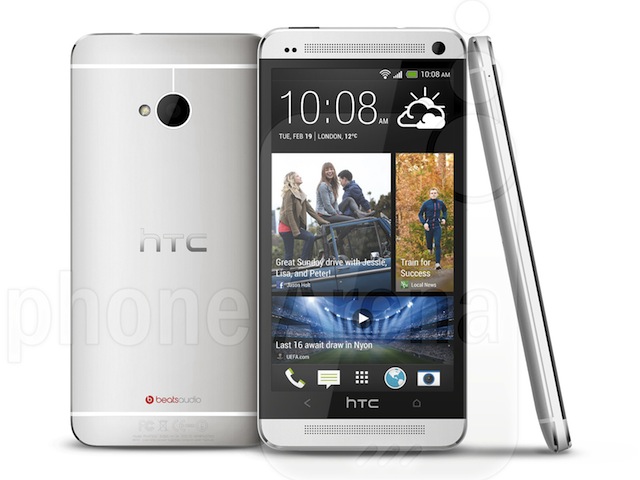 While 2012 was a rough year for HTC in comparison to Apple and Samsung, the release of its newest smartphone, the HTC One, may turn things around for the company this year, according to CEO Peter Chou.

The price of the new HTC One remains unknown as of yet.

The HTC One has a 4.7-inch, 1080p display, with either black or white trim around it. It’s made out of solid aluminum, with 1.7GHz quad-core Snapdragon 600 proc, 32 to 64GB of internal storage, 2GB of RAM, Bluetooth 4.0, NFC, LTE and a 2300mAH battery. The HTC One also has a 4-megapixel camera, which is being described as having UltraPixels that allow 300% more light. The Camera has a feature called Smart Flash, which automatically chooses from five different flash settings depending on the distance of the subject. Also included is HDR, including video, as well as other new camera device settings.

The HTC One has completely redesigned its home page alongside the launch. The new home page is being called BlinkFeed, and includes a stream of items from the web, your local weather, and the time. You can also choose other content that can be included on the homepage as well, including social updates, emails, news, etc.

Sounds like a pretty snazzy new smartphone, but we’ll just have to wait and see how the HTC One fares compared to Apple and Samsung’s own smartphones, which remain at the top of smartphone sales.