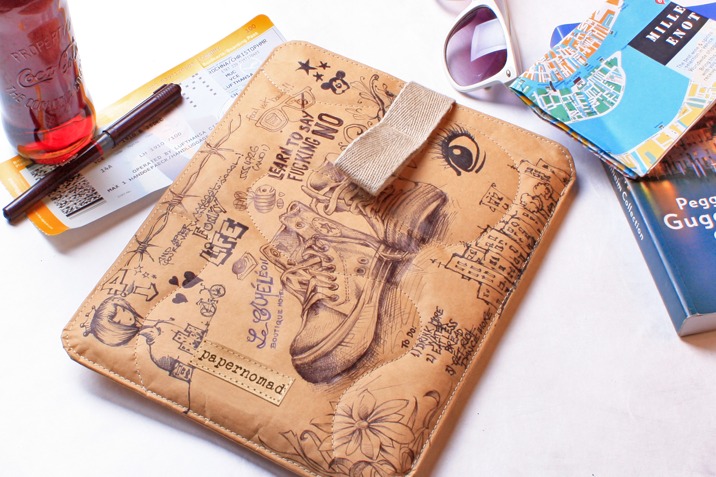 The fine folks over at Griffin Technology have released a brand new iPad case made of paper-composites, which means you can now officially doodle on your iPad case much like you did on your NoteTotes in the 90s.

The Tootsie, named after Tootsie’s Orchid Lounge in Nashville, will let you draw on it with anything from lipstick to crayons, coffee to markers.

Of course, the inside of the case is protected with a scratchless wool lining so you won’t have to worry about scratching up your screen. You can also bend the case into a stand.

The Tootsie is a fantastic idea, but yet another situation where it becomes painfully obvious that I seriously lack in the doodling department. So, thanks for that Griffin.

There’s also cases for the iPhone, MacBook Air, and iPad mini should those interest you instead.