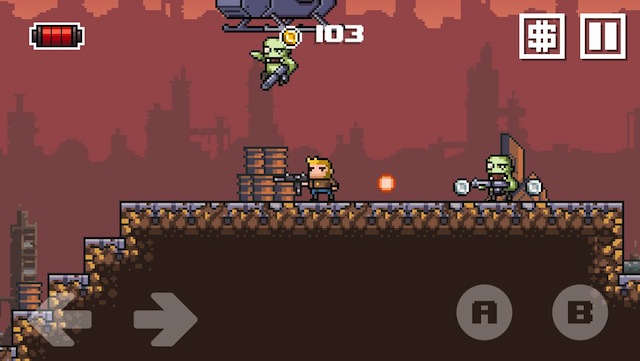 Ravenous Games is known for quite a few award-winning games, including the League of Evil and Random Heroes series. Just last week the game developers released the third instalment of its League of Evil series and to celebrate the occasion has decided to make Random Heroes 2 free for a limited time.

There are a lot of things that make Random Heroes 2 an awarding-winning popular game, starting with classic side-scrolling platform style layout with simple controls. Arrow keys let you move left and right, while “A” and “B” buttons let you fire your weapon and jump, respectively.

You can choose from a slew of characters, including the Gentleman, Punk, Lumber Jack, Hippie, Bank Robber and more, each with their own special ability. There are also twenty-two different weapons you can arm yourself with, like a basic 9MM pistol or a bazooka.

The object of the game is to find the exit. In each level there are three gold stars to collect and at least one hidden skull, all of which can prove challenging to get to. You’ll still be able to continue if you don’t find everything though. While skulls are hard to find, they’re very useful because if you die they’ll let you continue the game wherever you are in the level.

If this sounds like the kind of game you like to play, make sure to head over to the App Store now to get it for free, because who knows how long the offer will last for. It’s available for iPhone, iPad, and iPod touch.