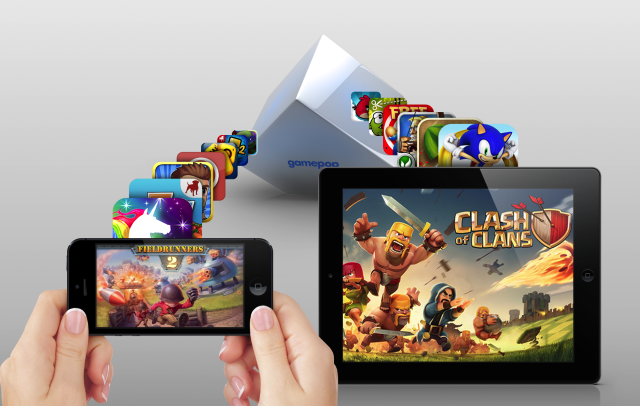 The gaming arena is certainly evolving, with mobile gaming becoming the way of the future. BlueStacks is addressing this shift with the GamePop console that gives you the best of both worlds. GamePop is a home gaming console built with mobile technologies, and it’s about to get a whole lot better. BlueStacks announced today that GamePop will support iPhone and iPad apps when it launches, on top of Android titles. GamePop is the first of its kind to take advantage of Apple’s prosperous app ecosystem.

GamePop is also announcing its first iOS partner: Subatomic Studies, the developers of Fieldrunners, which became a huge hit for the iPhone. Since its release on iOS, Fieldrunners has expanded to other platforms, like the PlayStation Store and Android. BlueStacks CEO Rosen Sharma explained that when a game is available on both Android and iOS, GamePop will offer the version that is considered the flagship of the game. In the case of Fieldrunners, it’s the iOS version.

There are also other partnerships in the works. All iOS titles will be included for free on GamePop with the $6.99 per month subscription, along with Android titles, as part of the 500 titles that BlueStacks is hoping to make available to subscribers. You’ll still be able to make in-app purchases with iOS titles on GamePop, but they’ll be handled through leading third-party in-app purchase API providers on Android instead of through Apple.

To bring iOS apps to GamePop, BlueStacks is using a technology called “Looking Glass,” which is similar to the type virtualization that the company does to bring Android titles to Windows 8, but with a few differences. Rosen explains that it doesn’t use Apple APIs and doesn’t break any of Apple’s rules about iOS software.

“From a technology perspective,” Rosen said, “it uses virtualization, but it’s a different kind of virtualization than what we use for example for our PC products. This is more API-level virtualization. We don’t use any of Apple’s bits – the developer just gives us the app and we make sure that it’ll run on GamePop.”

The way GamePop brings titles designed for Apple’s devices doesn’t lower the games performance or quality. The virtualization happens at a very basic level, so GamePop is pretty much doing the same work as and iPhone or iPad.

Bringing iOS apps to its console, BlueStacks is opening GamePop up to a broader user base, and also gives the console access to a broader collection of software from which it can choose titles from. It also makes GamePop more than just another Android-based console, like the OUYA and GameStick, taking it to a whole new level of gaming. GamePop is on sale right now for free throughout June, with the $6.99 per month subscription. After that, it will sell for $129.