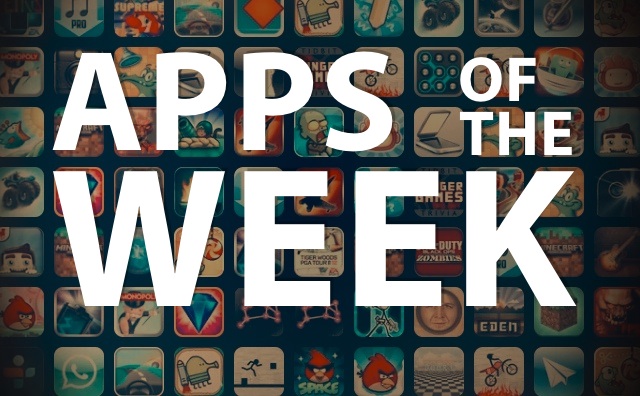 The apps we have for you this week are fairly varied. They run the gamut from social users to power users, and feature the first tandem app offering in this series. Without further ado, here are your apps Judging by the majority of posts, you would assume that Facebook exists for two things, drinking and birthdays. One of Facebook’s best uses is keeping track of birthdays, but leaving that impersonal wall post for your spouse, parents, or siblings is definitely going to put you on the Goofus side of the comic. Instead, why not use Facebook to get the right date, a nice picture, but still actually have a physical card. That is exactly what Cleverbug does. For around three dollars and a stamp, you can send your card to someone from your Facebook list using a photo from their page. If you don’t find something you like, you can also upload an image from your phone. There are a variety of cards that fit the relationship and gender of the person. If you don’t have their address you can also send the card to yourself for delivery. The app is a fairly neat use of Facebook and the first card is free to try. You can download Cleverbug from the App Store here. Keyboard shortcuts have always been the domain of the power users. Unless you’re really into using an app everyday, it can be hard to remember the more esoteric time savers. That’s where Hot Keys comes in. You have a small server app on your Mac and a client app on your iPad. After establishing the connection, using the button that looks like a refresh symbol, you can then get the default OS X shortcut pack automatically. If you switch to remote packs you can see a pack for Photoshop as well. What’s most intriguing about this app is the ability to make custom packs for the apps you use most. For example, in Byword you can make a quick couple of shortcuts to push the Markdown text into the clipboard as HTML. You need both apps for this to work, and they are both free. The Mac App is here. The iPad app is here. Trying to learn a new programming language means remapping to figure out where the main symbols you need are located on the keyboard. Do you need to hit “<”, or use “[” ? Well, Typing.io is a web app that allows you to type along to a program in one of seventeen languages. These are real apps too. The C++ lesson is HTMLDocumentParser.cpp, C is the Linux kernel, and Objective C is Cheddar. Even novices can get some good finger exercises and some help with learning some of the more obscure keyboard keys. The app requires a Google account and you can see the lessons here. Game of the Week: Temple Run 2

Temple Run wasn’t the first Endless Runner on the iPhone. It was a huge hit though, and made a big enough splash that Actvision’s rerelease of Pitfall! was a clone of Temple Run. In Temple Run 2, there are some new obstacles, as well as new characters you can unlock and play. The game does a great job of showing off the new content early, and it’s just as addictive as its predecessor. It is a free app you can get from the App Store here. One More For The Road: Bet To Win

If you’re constantly betting your friends over silly things like “who’s going to win the next roller derby match,” but have no way of keeping track of your bets and your winnings, you should check out Bet To Win. Developer Arctic Empire has finally made making frivolous bets easier, and pretty instant. Plus, you get to smack talk your friends any chance you get, which makes the app a lot more fun to use. The app is available for both the iPhone and iPad