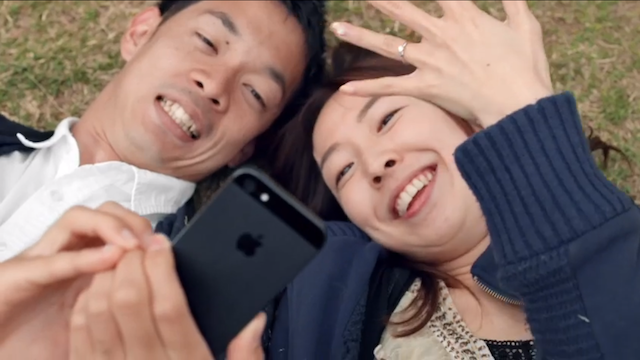 Apple recently uploaded a new iPhone 5 ad to its website and YouTube channel that features the device’s FaceTime capabilities. The ad, titled “FaceTime Every Day,” is the third ad in a series of advertisements, following “Music Every Day” and “Photos Every Day.”

The ad shows how easily people from all over the world can connect with one of the iPhone’s features. In this case, FaceTime. In traditional fashion, the ad ends with the slogan, “Every day, more people connect face to face on the iPhone than any other phone.”

The ad shows how FaceTime can keep people connected when away from each other, whether it’s connecting with friends, saying hi to your family, showing off a new place, or communicating with sign language.

The “Every Day” series of ads have been well received by viewers and critics, and it’s the same for this most recent ad. FaceTime first launched in 2010, and has since become one of the more popular video-chatting services available. It was initially only available over Wi-Fi, but is now available to use over cellular networks.