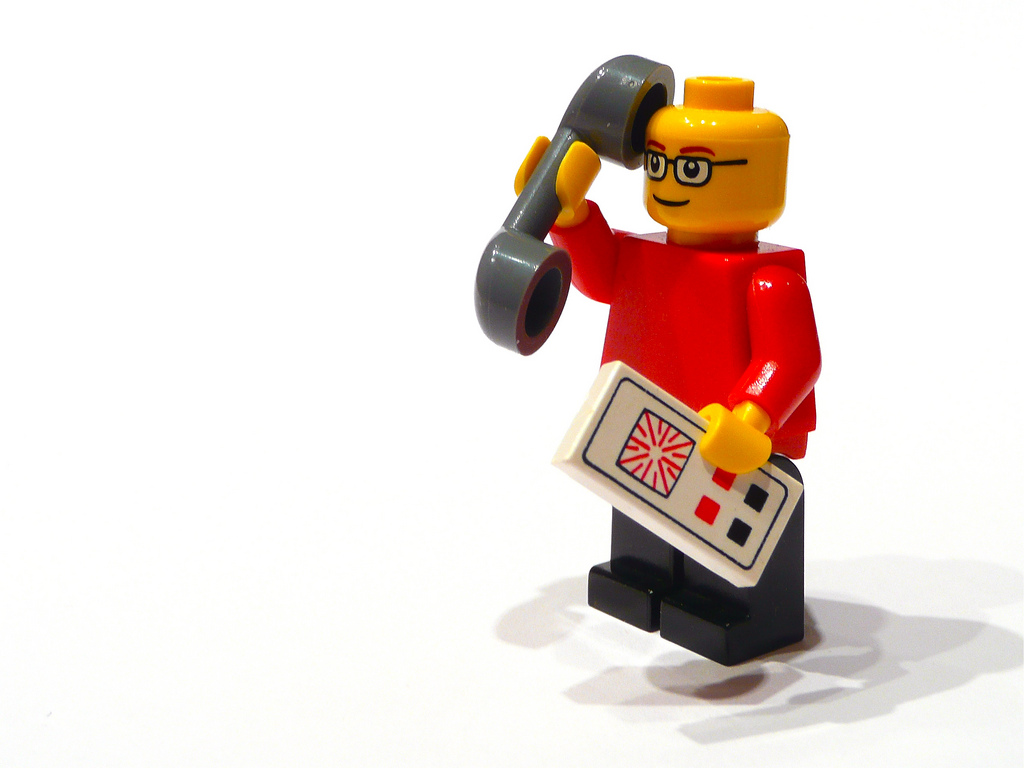 It may not be as flashy as a video call, but it certainly has the power to completely disrupt the way iPhone users make use of their cellphone minutes moving forward. On the surface it’s a cheap, and highly effective way to make audio calls without footing the bill that your carrier is charging, but deep underneath it’s another indicator that Apple’s continuing to push the envelope and chip away at cellular network operators’ firm grasp on handset innovation. FaceTime Audio, much like iMessage messages before it, threatens an entire industry built on double-charging customers for services they’re already paying for with data plans.

FaceTime Audio is an important next step for Apple. It’s a huge addition to iOS 7 and OS X Mavericks, and it’s something we should all be talking a lot more about.

In the beginning when FaceTime was announced, carriers were outraged. So outraged, in fact, that they moved to block the service over 3G which isn’t really surprising, and even charge a premium for the luxury of using the service when you were outside the range of your home wireless network. Eventually Apple forced the issue, and began rolling out the service without carrier support and most carriers capitulated. It wasn’t until this winter, three years after the service was initially announced (June 7, 2010), that it was available to all AT&T customers. It eventually happened, but it was a long arduous road for iPhone users that were forced to jailbreak their devices to circumvent the asinine carrier restrictions. People did it anyway.

This summer at WWDC, Apple announced that it would be releasing an audio-only version of FaceTime what would ship with iOS 7, and OS X Mavericks. It was barely talked about then, and it’s certainly less talked about now.

The Crux Of The Matter

Much like iMessages, FaceTime Audio calls offer a fantastic alternative to making traditional phone calls across the telephone network.The fact that customers can undermine the entire telephone network, using either WiFi, 3G, or LTE is a small coup for Apple. Strangely, no one is talking about it. Just like iMessage did with SMS messages, FaceTime Audio could really take a bite out voice plans if Apple would extend the service just a little further.

Put simply, iPhone users can now call another iPhone user without actually having to have a phone plan. In a family like mine, everyone in my extended family has an iOS device. Many of us live in long distance territory, and some of us live in terrible coverage areas. My phone, despite being less than 5 kilometers from the closest cellular tower, only gets 2 bars of service. Apparently I live in some kind gully, and signals are pretty eroded. Getting a hold of me can be a pain. Apple’s making it easier, thankfully with FaceTime Audio.

Previously, people would have to either text message me, email me, or if they know enough about apps out there, Skype me. That’s a pain when you consider most people’s natural tendency is to open the phone application, or contacts application when they’re considering getting in touch.

It will be a long time before phone numbers go obsolete, but we’re certainly on our way to a world where cellular carriers are less and less integral in our communication world. Apple’s making it painfully clear that people should be paying for data plans, and what they do with those plans is of no concern to the carriers. People shouldn’t have to pay a premium for text messaging, and then again for FaceTime calls; instead, they should be able to send whatever packet they want across the data plan. Apple’s foraging ahead with that world order, and it’s something we should all get behind.

The only way this service can be better is if Apple makes like iMessage and integrates the functionality on a deeper, automated level, where calls are directed through FaceTime Audio without users ever having to make the decision themselves. It’s probably an inevitability at this point, but it’s going to take a while before Apple throws caution to the wind and really starts giving the gears to the carriers. As is, there would be a full on revolt in the industry if Apple adopted this hands-off approach to sending FaceTime Audio calls. But, if I was a betting man, I’d be willing to make a small wager that it happens eventually.

Hopefully “eventually” is sooner than later.