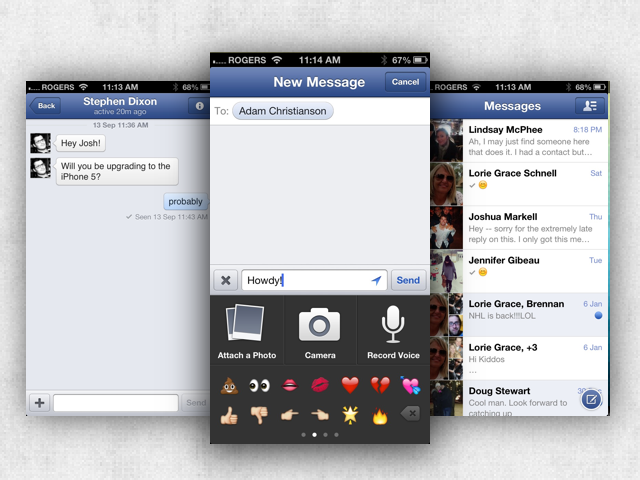 Yesterday Facebook released an update for its iPhone and iPad Facebook app that added voice and video features to both devices. The update also improves the app’s ability to let users know when a friend is nearby.

Most of the updates come within the messages area of the app. With the iOS Facebook app, you can now take and attach a photo while composing a message. You can also add emoji or compose a short voice message. To record a message properly, you need to press and hold the record button during the whole message, instead of clicking the button to start the message and clicking it again to end it.

As for the video feature, when you’re updating your status, tap the camera icon in the status menu and you’ll be given the option to take a photo or record a video. Facebook doesn’t specify a time limit for the video you can shoot with the app.

Facebook has also improved the “nearby” tab, making it easier to “share and connect with” favorite places using the tab.

You can get the Facebook update for free from the App Store now.