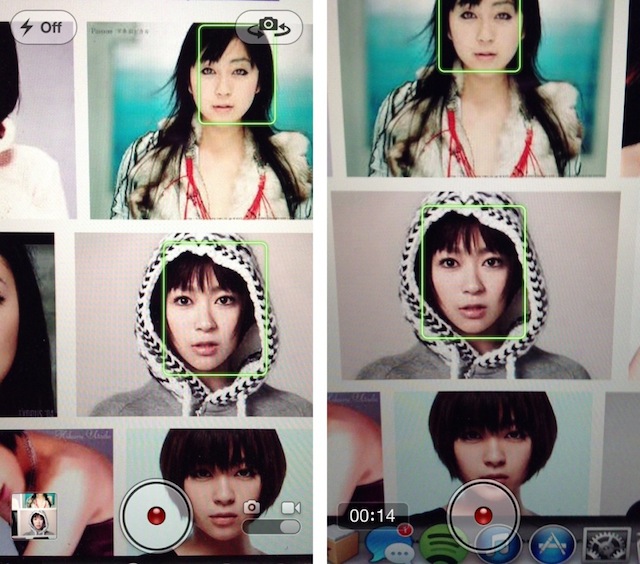 If you didn’t already know, face detection is a nifty little trick that your iPhone does with its iSight camera. It focuses on the most prominent face in the frame, balancing the camera’s exposure across up to 10 faces. It works with the iPhone’s still camera and with video. Before now, face detection for video only worked prior to actually recording, but with this new tweak you can use face detection while filming.

Previously, you could only detect faces before tapping on the shutter button while in video mode and not after. With the new tweak available on Cydia, FaceDetectionDuringVideo gets rid of this limit so you can now detect faces while you’re in the middle of shooting a video.

The image above shows the difference when using FaceDetectionDuringVideo. The image on the left is a screenshot of the iPhone before filming, while the right image shows the iPhone while the tweak is being used.

FaceDetectionDuringVideo would be especially useful when shooting a video with groups of people. The tweak works with iPod touch 5G, iPhone 4S, iPhone 5, iPad 4 and the iPad mini. It can be downloaded for free on Cydia’s BigBoss repo.