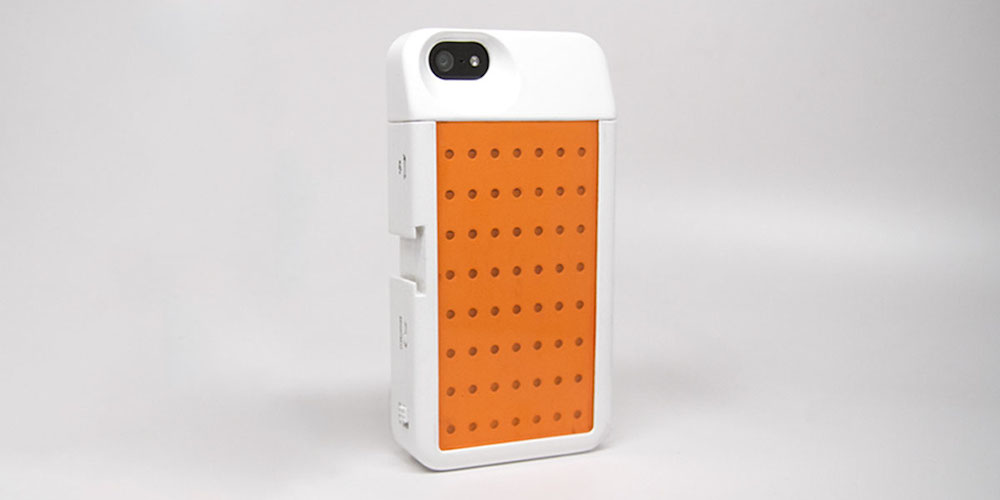 Night photography is hard, even with a good camera. If you try to take a photo without a flash, you’ll likely end up with a blurry mess unless you use a tripod—or you’ll end up with too dark of a photo. Flash photography often leaves something to be desired: Many camera flashes give off a harsh white light that makes people look sickly. The makers of Ember think they’ve got a solution, though.

The Ember, currently in Kickstarter mode, is a simple device: It’s a light source you slide onto your iPhone 5 or 5S that its makers say will let you take better photos with your iPhone at night. At first glance, the Ember resembles a bulky iPhone case, but it carries an array of 56 LEDs on its back that you can use to illuminate your photo subject.

This doohickey is designed to diffuse the light from the LED array, which should make for more evenly lit photos and cut down on flash glare. Its makers say the LEDs give us a warm glow—instead of the harsh white of a regular flash—and that the Ember will come with a handful of color filters that you can do to change the lighting to a warmer or cooler tone. An on-board battery means the Ember won’t drain your iPhone’s battery, and you can detach and reposition it if you like.

If the Ember looks vaguely familiar to you, that’s because it’s basically a shrunken-down version of fill lights that professional photographers use to light their photos. We don’t yet know how the Ember stacks up compared to the True Tone flash on the iPhone 5s, though, but my guess is that the increased light couldn’t hurt.

With 18 days to go as of this writing, the Ember Kickstarter project is a little over a third the way to its $30,000 goal. If you want to pledge your support and help bring the Ember to market, head on over to its Kickstarter page.