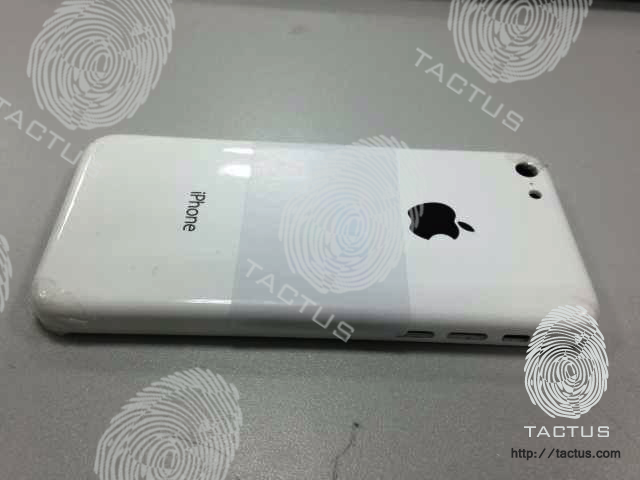 There’s been a lot of back and forth as to whether or not Apple is really going to release a lower-cost iPhone in the near future. A new image has hit the web today that suggests that it’s actually a possibility.

The image was discovered by Tactus and features the alleged rear shell of the rumored lower-cost iPhone. According to Tactus, it looks to be a uniform plastic polycarbonate shell, which is very different from the iPhone 5’s sleek aluminum look. The plastic shell looks to measure 0.4-0.6mm thick, but the actual phone could be around 9mm thick, 120mm in height and about 62.65mm in width, which means it would be taller and wider than the iPhone 4/4S.

The overall design looks to be similar in style to the iPad mini, with the rear panel being more square than the 3G design and more rounded than the iPhone 4 and 5.

Tactus also claims that the lower-cost iPhone will be available in the traditional black and white colors, as well as blue, red and yellow. He also predicts that it will go on sale on October 15 for around $300.

Nothing whatsoever concerning a lower-cost iPhone has been confirmed or denied by Apple, but the phone has been rumored to feature an A5 processor and a 4-inch Retina display like the iPhone 5, although Tactus suggests it would be closer to the iPhone 4 in size.

Of course, it’s possible that this is just a fake based on circulating rumors so we’ll all have to wait a little while longer to see if Apple really does have a lower-cost iPhone up its sleeve.