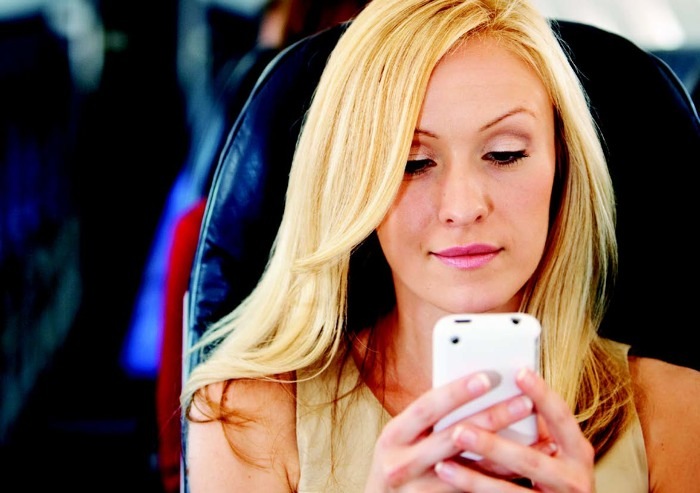 Much digital ink has been spilled, servers burned out discussing what is wrong with iOS.

Of course such a discussion ignores the fact that iOS is still the most polished, user-friendly operating system in the mobile space.

What makes the natives restless is that a once massive lead has largely evaporated. Whereas before Apple was up by a few touchdowns, now the opposition is down by only a field goal —and driving towards the end zone.

Google has significantly upped its design game and is reaching the level of polish that typically only Apple can muster.

Microsoft actually tried something different, that while it is failing to gain traction, at least presents a different paradigm for mobile devices.

Even BlackBerry is slowly getting back in the game, though far too late, but has presented a mobile OS that has a few interesting tricks up its sleeve.

All this action has left iOS as the mobile operating system whose look and feel have changed the least since 2007.

While much of the talk on the troubles with iOS have focused on skeuomorphic design, and what our knight and saviour Jony Ives might do to fix it, to my mind the thing that is lacking in iOS can be summed up in one word —connectivity.

Connectivity in this context doesn’t refer to WiFi, Bluetooth or LTE, but rather how the various parts of iOS communicate and work together.

Six years after the introduction of iOS, apps still largely live in silos, unable to communicate with each other. While Apple’s original justification for limited multitasking made sense — the lack of mobile processing power — now it simply seems like an artificial limitation given the massive gains in speed in the last few years.

As the mobile platform that boasts the best apps, if no longer the most, not allowing them to communicate with each other and the operating system with the same permissions as iOS’s default apps puts them at a disadvantage.

Requiring Android-style multitasking managers and background app killers isn’t the answer either, but there has to be an elegant way of allowing apps to have greater connectivity while retaining a great user experience.

Another aspect of connectivity that needs a lot of work is Apple’s services.

iTunes, iCloud, iMessage, they are all great in theory but lacking in execution and Apple’s signature “it just works” secret sauce.

It’s not coincidence that Google named its in-house hardware platform Nexus. Nexus means connection and in my limited time with a Nexus 4 the biggest advantage it has is the way Google’s services all blend seamlessly into the device.

Apple’s similar services are often clunky and don’t seamlessly work without a lot of fiddling.

It has been said that Google is improving in Apple’s domain — design — quicker than Apple is improving in Google’s domain — services. There’s a danger in continuing to allow some of the best services (Gmail, YouTube, Google Maps) to belong to your toughest competitor’s platform. While Google’s iOS apps are often best-in-class, they don’t integrate on iOS as seamlessly as on Android. How long before consume’s decide that they value simple, central, connected access to their data over modest design improvements?

Another gap in the connectivity of iOS is Siri.

Launched as a platform-defining service, Siri has quickly bumped up against the walls of her cage, exposing the limitations of the program.

Ironically, the requirement to be always connected to the network, a restriction Google Now does not possess, makes Siri far less useful than she could be. While certain queries clearly require network access, voice dictating a text message or searching for something directly on your device should not.

The issue of connectivity with Siri also applies to the inability to directly interact with third-party apps. Again, as mentioned earlier, Apple is taking it’s biggest strength — app selection and quality — and handcuffing it with restrictions that limit their usefulness.

As I mentioned in an earlier post, this would not be such an issue if Apple’s default apps were best-in-class. However, if they continue to tie their default apps exclusively to the OS, and tie their development cycle to iOS’s year-long timeframe, putting these artificial limitations on third-party apps doesn’t make sense.

Siri was miles ahead of anything on the market when it was launched in 2011, but it has quickly been surpassed by Google Now, again showing the value of connectivity on mobile platform and how easy, seamless access to information is the key to great consumer experiences on mobile devices.

Finally, while the issue of skeuomorphic design has largely been overblown, it does highlight another connectivity problem on iOS — a common look and feel.

Many of the best UI/UX improvements in iOS have come from third parties. From pull-to-refresh to sliding drawers to swipable navigation, it has largely been developers that have been innovating on Apple’s platform.

Due to Apple’s reliance on real-world items such as a green felt poker table, the best iOS practices don’t make sense. You don’t pull-to-refresh a poker table.

This lack of connectivity, both to each other and to the app ecosystem in general, is a sign that something is amiss.

Google has nailed its iOS signature look. Lots of white space with primary colours as an accent and sliding drawer menus. Even on Android, Google apps have their own unique look. Although it tends to change with each version of the OS, it is at least consistent across apps.

The issue here isn’t so much the real-world objects that Apple models their apps after, but the fact that those objects are so disjointed and don’t provide a common set of elements between them.

Even something as simple as the famous Apple grey linen shows this lack of consistency. In most cases the linen is supposed to represent the rearmost element on the screen, the backdrop, but in Notification Center it becomes the frontmost one.

Whether it is an issue of how the iOS teams are structured, or simply a leadership issue that Ives can fix, the lack of connectivity in iOS, for a company that prides itself on a simple, uniform design and great user experience, is puzzling.

So while everyone waits to see if iOS 7 has “flat” app icons, the real issue is whether or not such a change represents a superficial one, or a real rethinking and restructuring of how iOS works and communicates, because only the latter will represent a true change of direction and address the issues that many consumers experience.

The good news is, this is an easier fix than I think many people realize, and iOS has so many strong fundamentals that making these changes will quickly regain the comfortable lead that iOS used to possess in the marketplace.