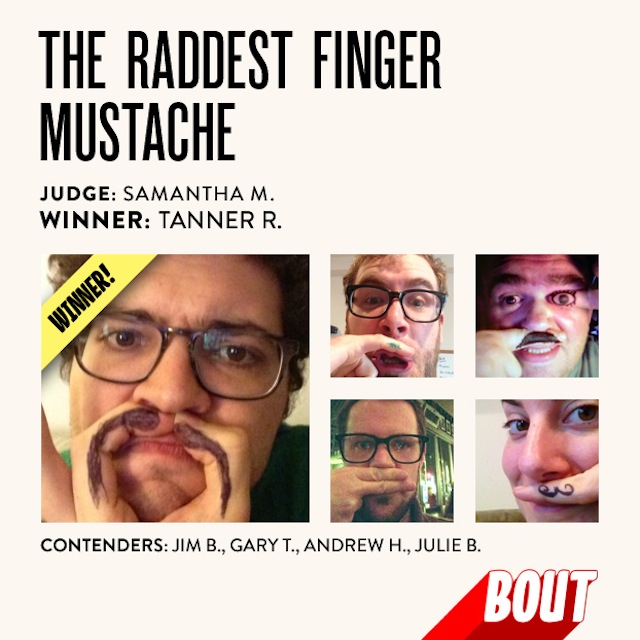 Here’s how it works: one player chooses a prompt, like “Something that always kills the mood” or “A fake smile,” and friends respond by taking or finding a photo in response to the prompt. Once five entries have been submitted, the original player gets to judge them and can award in-game points to the winner.

Bout is CollegeHumor’s first game and it was built in collaboration with Awkward Hug. CollegeHumor writers will be adding funny prompts, including a daily global Bout that all users can join in and play with.

“Usually we have the setup and the punchline. In this we’re just giving the setup, and letting other people provide the punchlines,” Ricky Van Veen, CollegeHumor co-founder, explained in an interview on Wednesday. “There’s nothing people like more than to let other people know how funny they are. If we set it up and have someone else spike it, that’s a win.”

Bout is already set up with ways to share games right on Facebook, Twitter, Tumblr, and Instagram. The game also represents a new business model for CollegeHumor. Van Veen said, “Most of our business is ad-driven, but we plan to make money from in-app purchases.”

You can get Bout in the App Store now for free.